Israel Continues its Attack on Gaza Killing One More Civilian, Raising Toll to 11 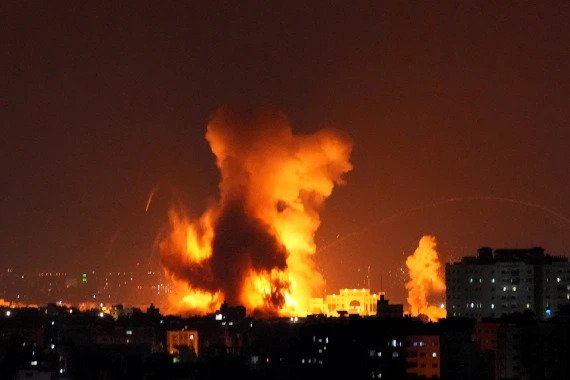 Israeli occupation army continued on Saturday morning to attack different areas of the Gaza Strip with multiple airstrikes, killing one civilian and wounding four others, bringing the total number of martyrs to 11.

After the death of another civilian in an Israeli attack on Gaza in the morning, the Palestinian health ministry updated that the Israeli aggression resulted so far in the death of 11 citizens, including a five-year-old girl, a 23-year-old woman and a senior commander of Islamic Jihad’s armed wing.

The new victim was pronounced dead at Nasser Hospital at about eight o’clock in the morning after he sustained serious injuries during an Israeli attack on az-Zanna area in the east of Khan Yunis.

79 citizens, including 23 children and 13 women, were also injured in the Israeli aggression. Four of the wounded have suffered injuries described by the health ministry as critical and serious.

Meanwhile, the Palestinian resistance continued to launch barrage of rockets at Israeli targets in response to the Israeli aggression on Gaza.