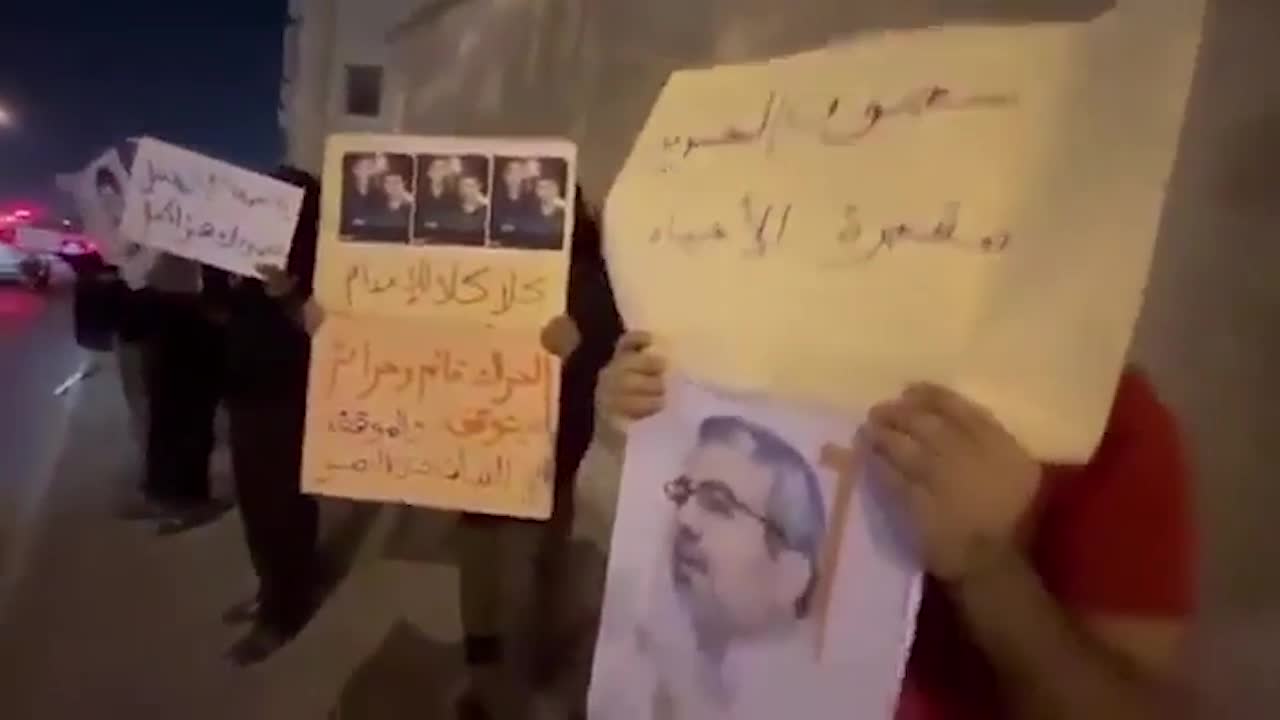 They called for the release of political detainees and halting the imminent execution of some of them in Saudi prisons.

They held pictures of Bahrain’s most prominent Shia religious scholar Ayatollah Sheikh Isa Qasim as well as arrested political leaders and other detainees.

Jaafar Sultan and Sadeq Thamer were arrested on 8 May 2015 and held incommunicado in solitary confinement for three-and-a-half months. They were only allowed to call their families 115 days later, but prison officials did not allow them to discuss the conditions of their detention.

The Specialized Criminal Court sentenced them to death in October 2021 following an unfair trial. They were tried on terrorism-related charges over the smuggling of explosive materials into Saudi Arabia and participation in anti-government protests in Bahrain. The Appeals Court upheld their sentences in April 2022. They could be executed in Saudi Arabia as soon as the King ratifies their sentence. In the absence of transparent information around judicial processes in Saudi Arabia particularly in death penalty cases, families only find out about the fate of their loved ones in the media after the execution is carried out.

Jaafar and Sadeq had no access to legal representation throughout their pre-trial detention and interrogations. According to court documents, they told the court that they were tortured and that their so-called confessions were extracted under duress.

Amnesty International opposes the death penalty in all cases without exception regardless of the nature of the crime, the characteristics of the offender, or the method used by the state to kill the prisoner. The death penalty is a violation of the right to life and the ultimate cruel, inhuman and degrading punishment.