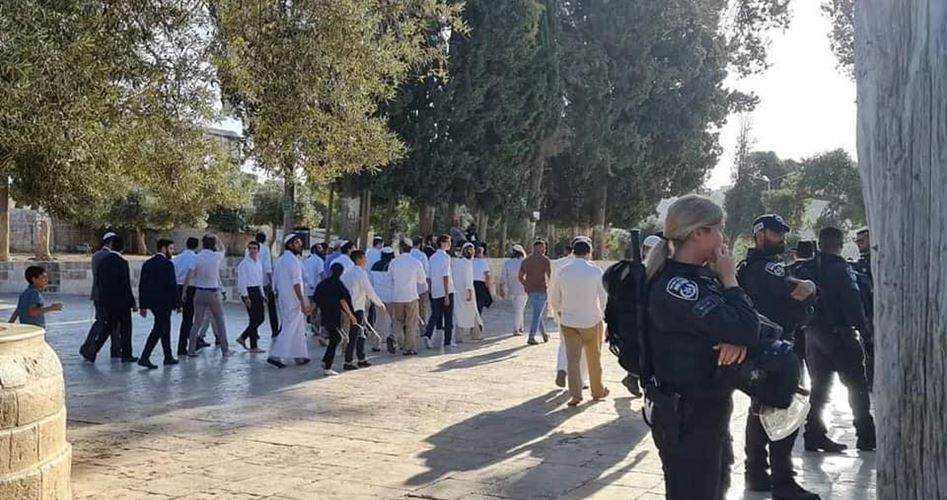 Israeli police stormed on Sunday morning the Aqsa Mosque and closed the doors of the Qibli payer building with chains as groups of settlers entered the site.

Settlers started to enter the Mosque in groups through its Maghariba Gate and tour its courtyards under police escort.

Some of the settlers reportedly performed Talmudic prayers in the eastern area of the Mosque.

Meanwhile, Palestinians embarked on performing the prayers in the Aqsa Mosque’s courtyards and plateaus.

Others chanted protest and religious slogans as settlers toured the holy site.