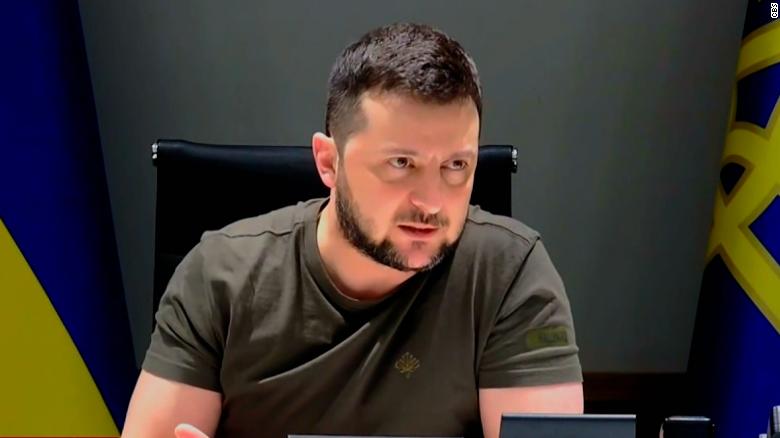 Ukrainian President Volodymyr Zelensky accused Russian troops of indiscriminately killing civilians “just for their pleasure” in an address to the United Nations Security Council on Tuesday, before questioning the very mandate of the Security Council itself.

Zelensky’s speech came a day after he visited the Kyiv suburb of Bucha where Russia is accused of committing atrocities.

The Ukrainian leader then criticized the body, asking representatives point blank: “Where is the security that the Security Council needs to guarantee? It is not there, though there is a Security Council.”

Zelensky added “It is obvious that the key institution of the world designed to combat aggression and ensure peace cannot work effectively.”

“Ladies and gentlemen, I would like to remind you of Article 1, Chapter 1 of the UN Charter. What is the purpose of our organization? Its purpose is to maintain and make sure that peace is adhered to. And now the UN charter is violated literally starting with Article 1. And so what is the point of all other Articles?” he asked.

Russian Foreign Minister Sergey Lavrov slammed the situation in the Ukrainian town of Bucha as fake attack. According to him, a fake attack was staged there, which Ukraine and the West disperse through all channels and social networks.

“The other day another fake attack was carried out in the city of Bucha in the Kiev region after the Russian servicemen left the area in accordance with the plans and agreements reached. A fake attack was staged there a few days later, and it’s being fomented on all channels and social media by Ukrainian representatives and their Western patrons,” the Russian Foreign Minister said on Monday at talks in Moscow with UN Under-Secretary-General for Humanitarian Affairs Martin Griffiths.

Lavrov stressed that Russian troops completely withdrew from the city on March 30. “On March 31, the mayor [of Bucha] solemnly said that he had everything in order. And two days later we saw the same staging organized in the streets, which they are now trying to use for anti-Russian purposes,” he added.

“A couple of weeks ago there were attempts to present the situation in a maternity hospital in Mariupol as a crime by the Russian military. As it later turned out, the attempts were made with a blatantly provocative purpose, and fake materials were presented, which were exposed,” Lavrov concluded.

On April 3, the Russian Defense Ministry rejected the Kiev regime’s accusation of alleged massacre of civilians in the settlement of Bucha in the Kiev region, saying that the Russian Armed Forces completely left Bucha as early as March 30, and “evidence of crimes” only appeared on the fourth day, when officers of the Ukrainian Security Service arrived in the city.

The Russian Defense Ministry also stressed that on March 31, Bucha Mayor Anatoly Fedoruk confirmed in a video message that there were no Russian soldiers in the city, without mentioning any locals shot in the streets.