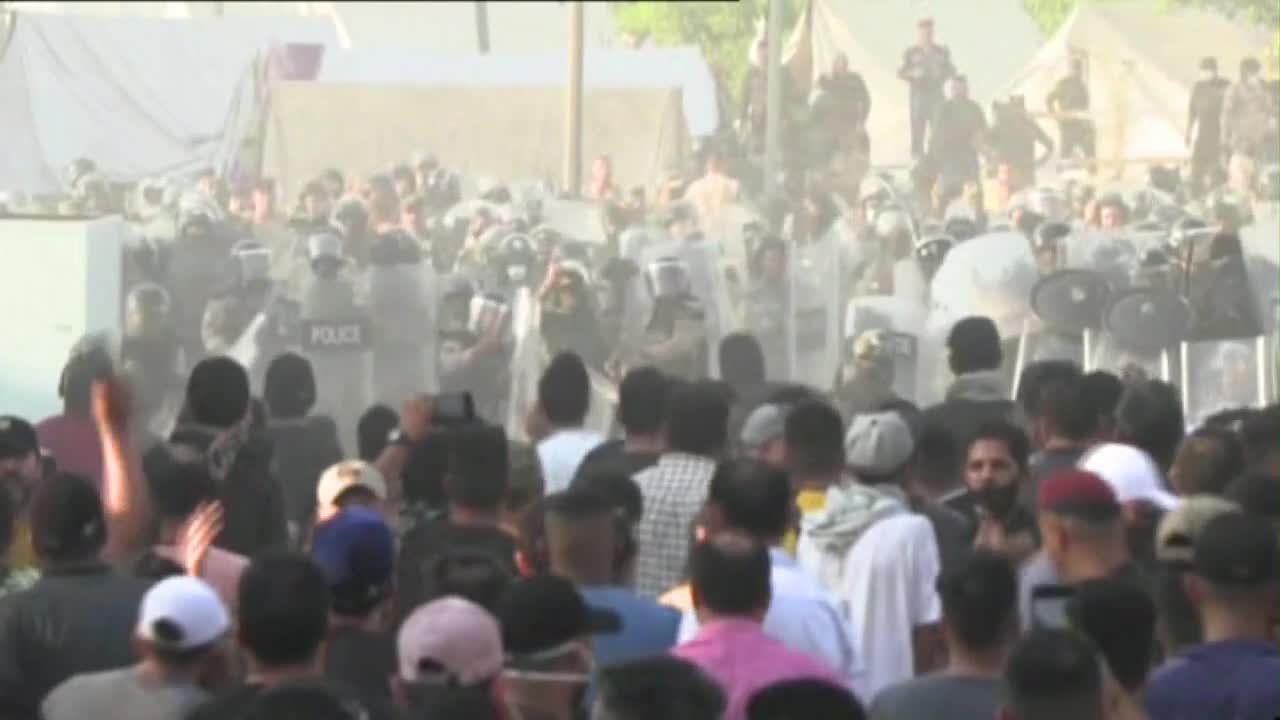 Clashes broke out between security forces and Iraqis protesting against the election results in the country, leaving casualties.

Iraqi media reported a state of tension near one of the gates of the Green Zone in Baghdad between security and demonstrators.

Protesters called for a manual recount of elections results in all provinces.

The Security Media Cell denied the closure of the Al-Sinak and Al-Jumhuriya bridges.

A statement by the cell “denies what was circulated by some social media and media sites about the closure of the Al-Sinak and Al-Jumhuriya bridges in the capital, Baghdad,” noting that “the two bridges were in front of the movement of wheels and citizens normally.”