Palestinian Resistance Responds and Fires More than 100 Rockets at Israel 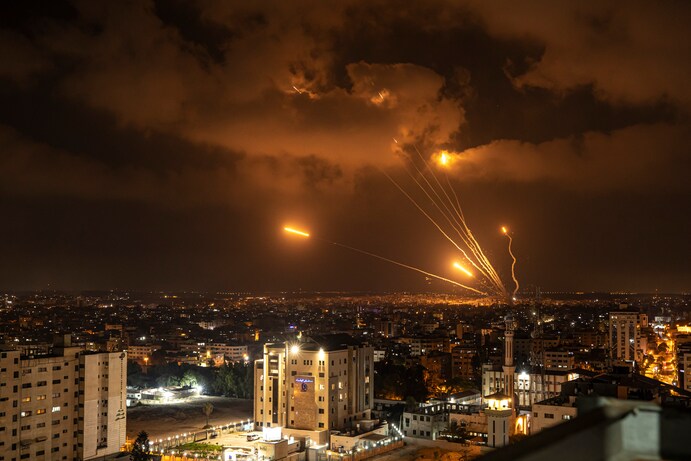 Palestinian resistance launched more than 100 missiles hours after Israeli attack on the Gaza strip which killed at least 10 Palestinians including a child.

Israeli Defense Forces said the Palestinian Islamic Jihad launched some 80 rockets at southern Israel, noting that half of them fell short in the Gaza Strip. The IDF claimed that 46 rockets crossed the border, of which 33 were intercepted by the Iron Dome air defense system, adding that the rest fell in open areas, causing no injuries.

Israeli media showed the skies above southern and central Israel lighting up with rockets and interceptors from Israel’s Iron Dome missile defense system. An explosion was heard in Tel Aviv.

The Tel Aviv municipality has said it is opening public bomb shelters, following instructions by the military’s Home Front Command.

In a televised speech Friday night, Israeli Prime Minister Yair Lapid said his country had launched the attacks based on “concrete threats”.

“This government has a zero tolerance policy for any attempted attacks — of any kind — from Gaza towards Israeli territory,” Lapid said. “Israel will not sit idly by when there are those who are trying to harm its civilians.”

He also added that “Israel isn’t interested in a broader conflict in Gaza, but will not shy away from one either.”

Defense Minister Benny Gantz meanwhile approved an order to call up 25,000 reserve soldiers if needed. Israeli military announced a “special situation” on the home front, with schools closed and limits placed on other activities in communities within 80 kilometers (50 miles) of the border.