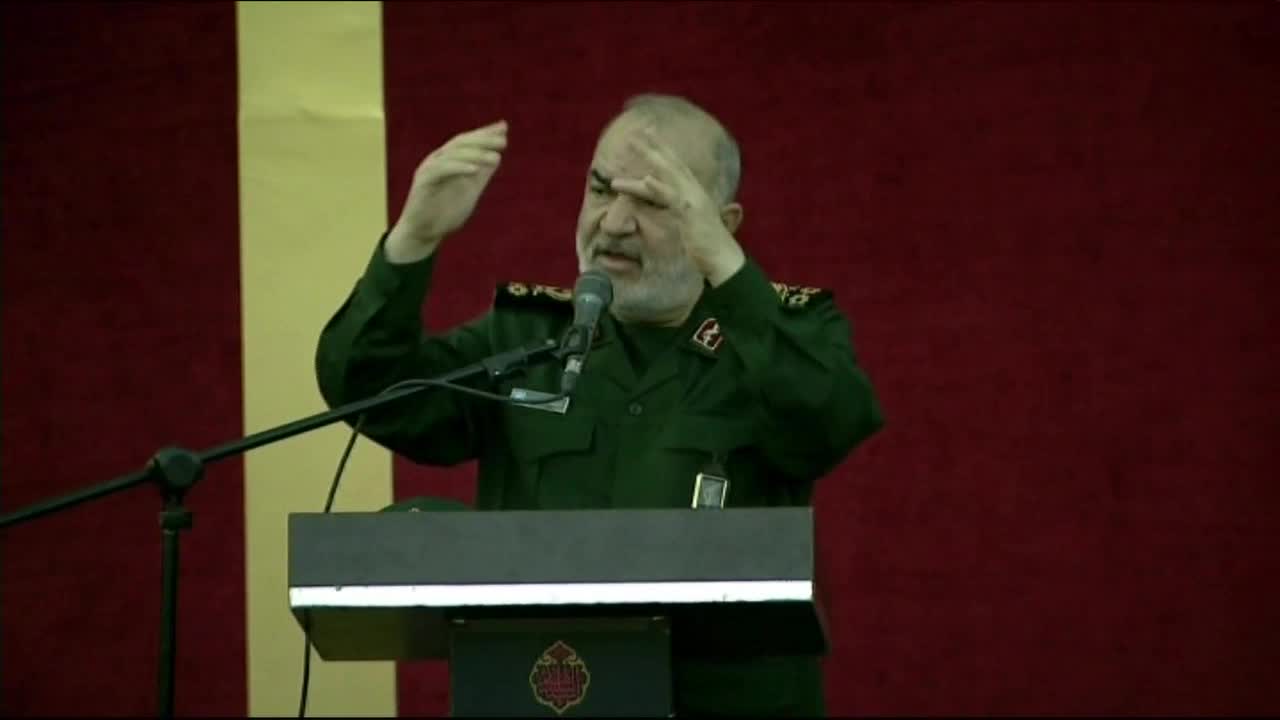 Commander of the Islamic Revolution Guards Corps (IRGC) Major General Hossein Salami warned the Israeli regime that more than 100,000 missiles are prepared in Lebanon to create an inferno for the Zionists.

In an address during the funeral of five Iranian martyrs in Tehran on Thursday, Major General Salami highlighted the Islamic Republic’s power to deal with the enemies, referring to the previous confrontations with the large warships of the adversaries.

“In Lebanon, tens of thousands, even more than one hundred thousand missiles, are ready to be fired to create a hell for the Zionists at the moment of making the divine predestination happen,” the IRGC commander warned.

He also cautioned the Zionist enemy that any mistake will force it to face “Bayt al-Muqaddas operation”, saying the Lebanese Hezbollah is able to bring the Israeli regime to its knees with an operation similar to Fath-ol-Mobin, Bayt al-Muqaddas or Operation Kheibar.

In April this year, Chief of Staff of the Iranian Armed Forces Major General Mohammad Hossein Baqeri said all Iranian military forces are ready to give a decisive and crushing response to any threat at any level in such a way that the enemies of Iran would regret taking hostile action against the Islamic establishment.