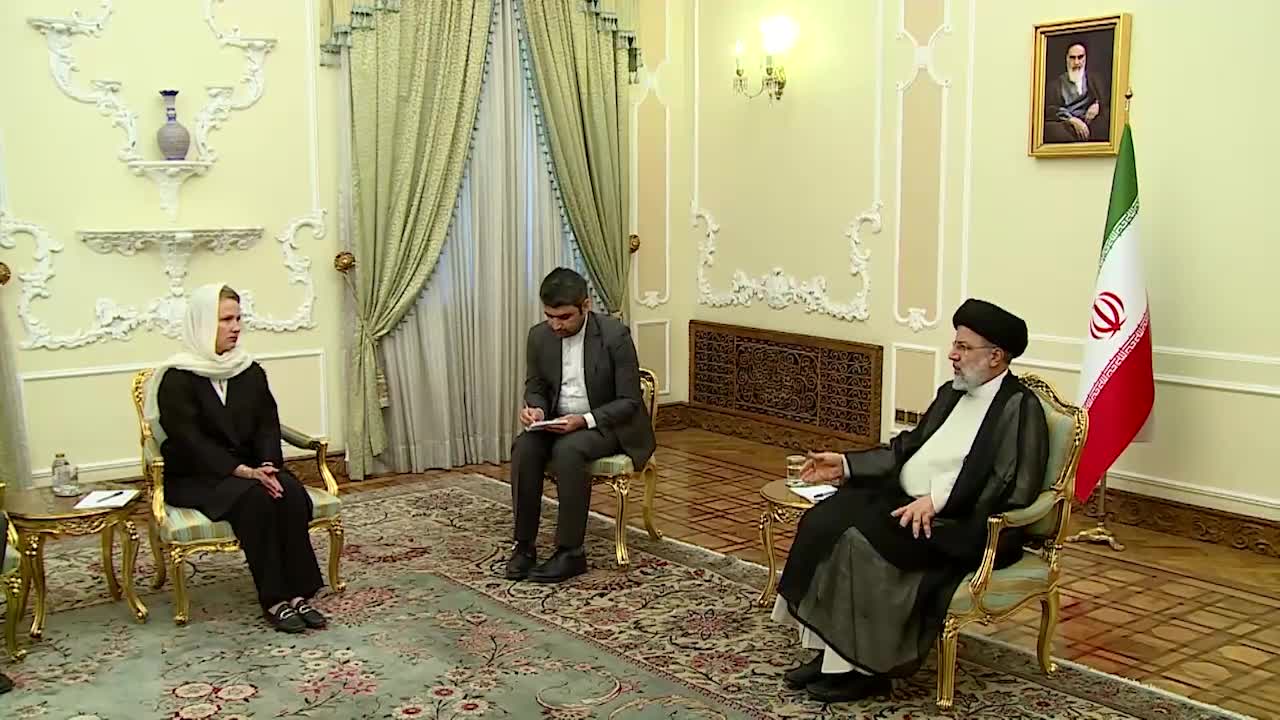 Iranian President Ebrahim Raisi said the US and three European countries were trying to issue a resolution against Iran in the IAEA’s Board of Governors when Iran was negotiating with them which was a violation of the spirit of negotiation and agreement.

During a ceremony on Monday for receiving the credential letters of the new Swiss Ambassador to Tehran, Nadine Olivieri Lozano, Raisi said “America and European countries made a miscalculation towards Iran, and I hope you convey the facts about Iran to the government and other countries so that they understand Iran is progressing despite the hostilities, and their oppressive policies have had the opposite effect.”

Raisi stated “The action of the United States and three European countries in proposing to issue a resolution in the IAEA’s Board of Governors at a time when negotiations for an agreement are in progress was an irresponsible action that would violate the spirit of negotiation and agreement and shows their contradictory behavior.”

“Iran and Switzerland have always had positive and constructive interactions and cooperation with each other for more than 100 years since the establishment of diplomatic relations,” said the new ambassador of Switzerland to Tehran.

Referring to the road map of Tehran-Bern relations, Nadine Olivieri Lozano noted “As the Swiss ambassador, my primary mission is to try to expand ties with the Islamic Republic of Iran.