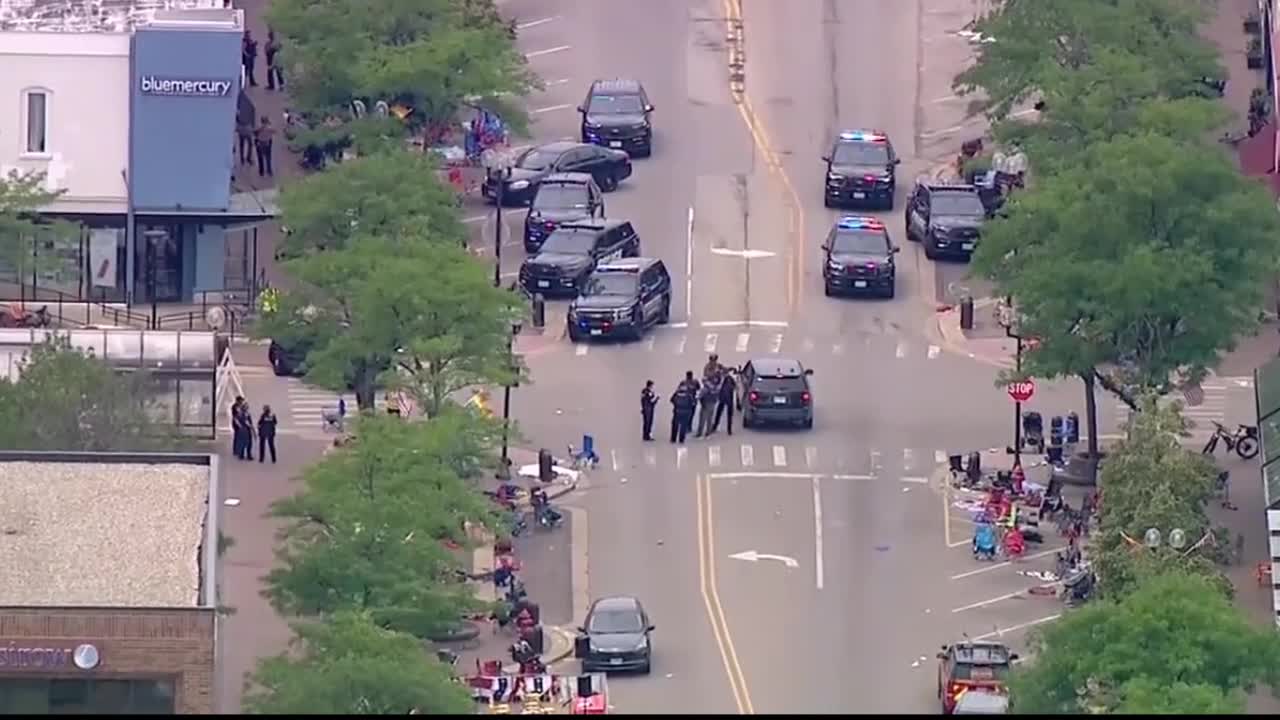 A gunman embarked on Monday on a shooting spree along the route of an Independence Day celebration in the US state of Illinois, according to local authorities.

Officials have reported that the mass shooting resulted in at least six fatalities and perhaps twenty or so “seriously injured” persons. They advised locals to continue to “shelter in place” because the shooter is still at large.

The city near Chicago where the incident occurred, Highland Park, is part of Lake County, which is in charge of that region. The Lake County Sheriff’s Office also stated that it was aiding with “a gunshot in the neighborhood of the Independence Day parade route”.

The Chicago Sun-Times reported that the gunfire started about 10 minutes after the march did. The sheriff’s office did not specify if the parade had arrived at that location on the route when the rounds began.

Simultaneously, Highland Park stated that the entire July 4th celebration had been canceled. Authorities did not specify how many individuals had been shot.