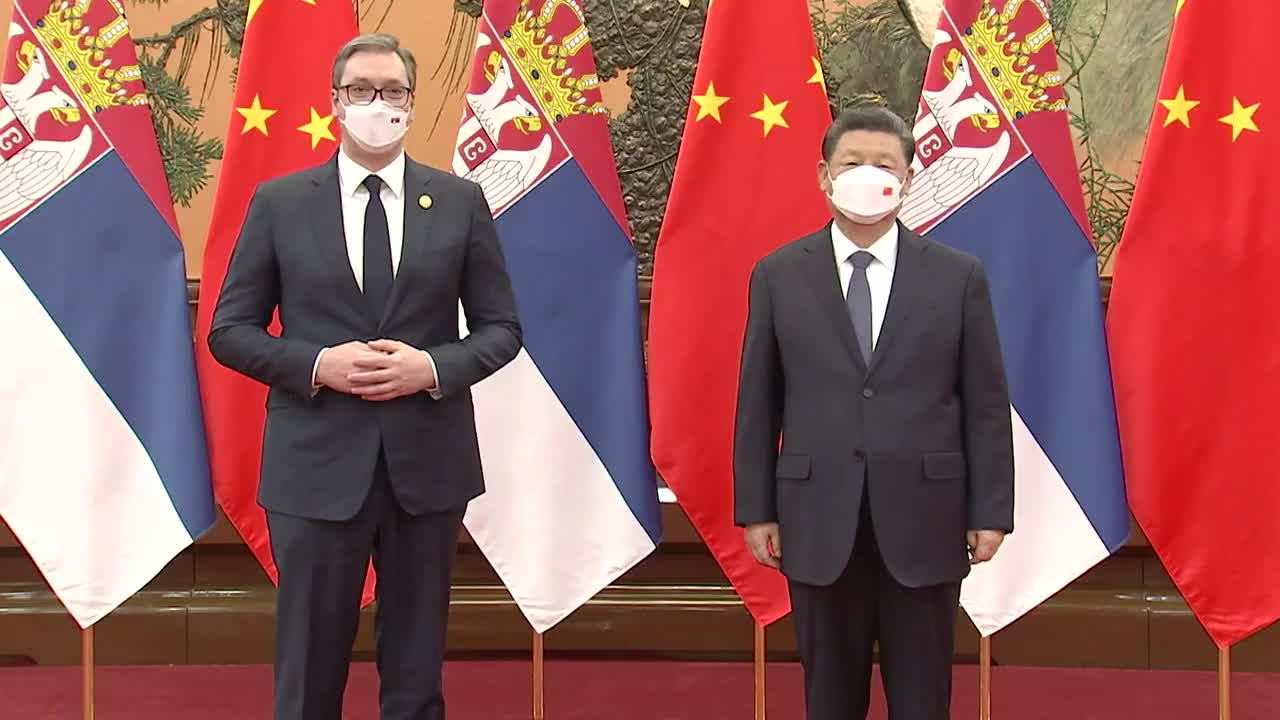 The Serbian president has come to China to attend the Beijing 2022 Olympic Winter Games opening ceremony.

Hailing the leapfrog development of bilateral ties in recent years, Xi said that the two sides have implemented a number of cooperation projects covering multiple fields including infrastructure, energy and production capacity.

In the face of changes and a pandemic both unseen in a century, the two sides should view bilateral ties from the strategic and long-term perspective, maintain and develop their friendship, and firmly support each other’s fundamental and long-term interests, Xi said.

Xi noted that the Chinese side firmly supports the people of Serbia in pursuing a development path they have chosen independently.

The two sides should seek greater synergy between development strategies, and continue advancing high-quality Belt and Road cooperation, said Xi, adding the two should also work toward greater progress in cooperation projects including the Hungary-Serbia railway.

Xi also said that the Chinese side will continue to provide support for Serbia’s fight against the COVID-19 pandemic, enhance vaccine co-production and cooperation in the resumption of work and production.

In terms of multilateral international cooperation, Xi said China is willing to work jointly with Serbia in defending the international system with the United Nations (UN) at its core and the international order based on international law. The two countries should also speed up implementing the UN 2030 Agenda for Sustainable Development and promote the building of a community with a shared future for humanity.

Vucic said that Serbia is a true friend of China, and the Serbian side respects China and admires its leadership, adding that no matter what pressure or hardships lie ahead, the ironclad friendship between the two will stay strong.

He also noted that on issues such as Xinjiang and Taiwan that involve China’s core interests, the Serbian side will stand on the Chinese people’s side as always.

Vucic said that the Serbian side expects to further enhance cooperation with China in areas including trade, commerce, investment, and people-to-people exchanges.

Vucic further expressed the hope for Xi to visit Serbia at an early date after the pandemic.