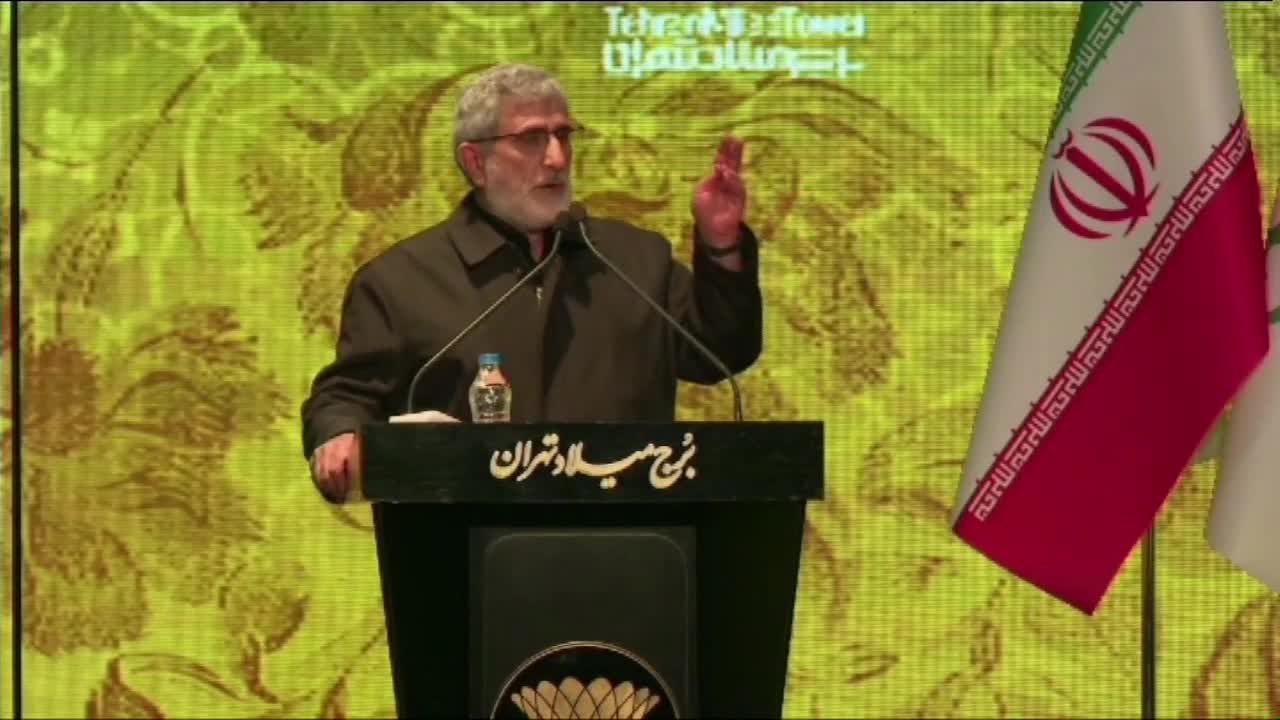 IRGC Qods Force Commander Brigadier General Esmail Qaani pointed out that the criminal Trump and his accomplices, such as Mike Pompeo are well known for us, saying that martyr Soleimani had many times humiliated Pompeo in the region and they had thought by assassinating him they would emerge victorious, not knowing that they will not feel at ease.

“That is because your sons and husbands, too, were like Lady Fatima defending the holiness of the shrines,” said Qaani.

The Qods Force commander said it is appropriate to talk more about Martyr Soleimani, as his way was the way of prestige, pride and prosperity, like Imam Hossain (PBUH), who first hoisted this flag.

Brigadier General Qaani addressing the enemies, said, “You are too little to know us and realize which values are hidden inside the Shia school of thought. You neither understand their defense of the holy shrines, nor the last breaths of a martyr.”

“That is why you had assumed by assassinating General Soleimani and the likes his ideals will be forgotten. While if you were a bit wiser you had realized how stronger and more determined Iran will emerge in the world,” he added.

Addressing the Americans, Qaani said, “Your exit from the region was part of our plans, but above that, you are now being fired out of Iraq, as the noble Iraqi nation will not tolerate the remaining 2,000 of your forces in their country.”

“We will take revenge our own way, not the way the criminals in world do. As we have been raised as Muslims who wish to be martyred under the command of the Imam of the Time, and such are our people, whom you cannot understand,” he concluded.