Gharibabadi Protest against Instagram for Deleting Posts about Gen. Soleimani 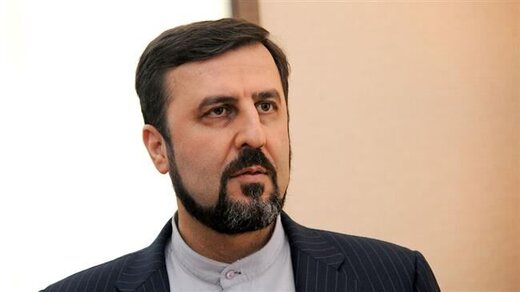 Vice-President of the Judiciary for International Affairs and Secretary General of the Islamic Republic of Iran’s High Council for Human Rights Kazem Gharibabadi has called on freedom-lovers and justice-seekers around to globe to complain about Instagram’s removal of posts promoting Martyr Qasem Soleimani.

Instagram and its parent company Meta have been violating freedom of speech following assassination of the former commander of the Qods Force of the Islamic Revolution Guards Corps (IRGC), when they decided to omit posts that voice support for Iranian commander in order to comply with US sanctions against Iran.

Gharibabadi wrote on his Twitter account on Sunday, “After physical assassination of Martyr Soleimani, a harbinger in fight against terrorism, he was also virtually assassinated. Tens of millions of posts regarding this great national hero have been deleted by Instagram under the pretext of its so-called policy on violence.”

The Iranian official also tweeted, “I encourage the people throughout the word, including my fellow Iranians, to present their complaints or objections on this anti human rights act to: @IreneKhan , SR on the promotion and protection of freedom of opinion and expression; @mbachelet , UNHCHR; and HRC President.”

Supreme Leader of the Islamic Revolution Ayatollah Seyyed Ali Khanemei stated in a meeting with General Soleimani’s family on January 1 that the global Arrogance and the enemies are even afraid of Soleimani’s name, so the cyberspace which in under the supervision of the bullying powers tries to remove his name; thus, Iranian officials are expected to be vigilant and do not allow the foes to do whatever they want especially in social media.