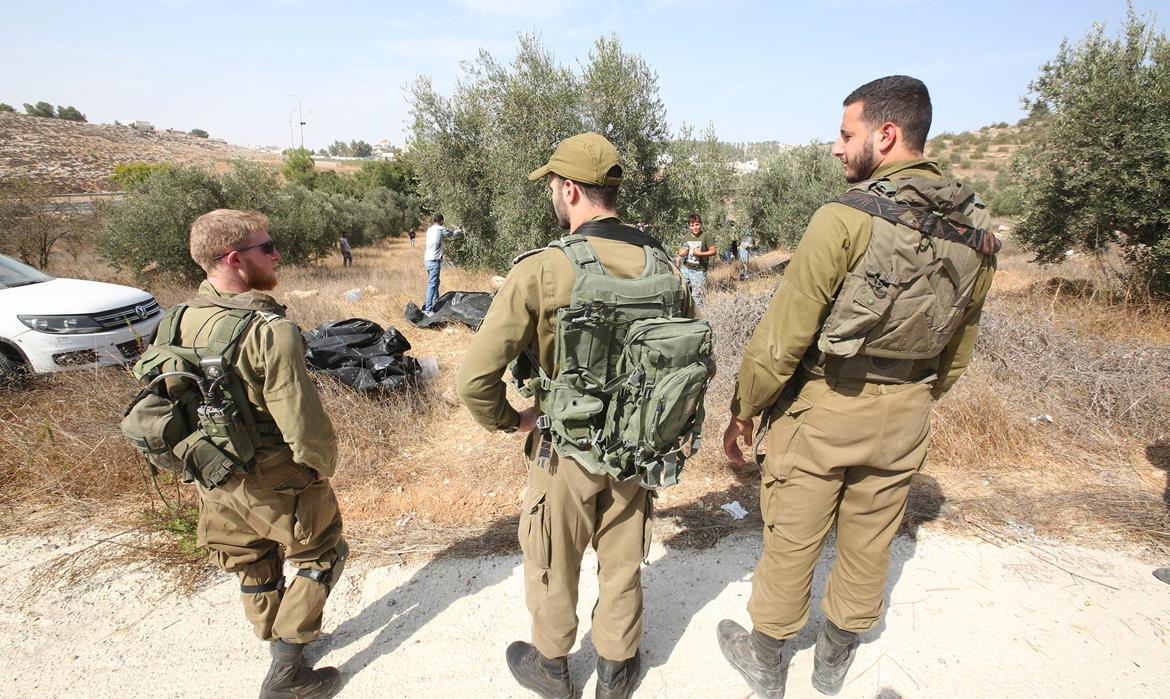 Mayor of Tuqu‘, Tayseer Abu-Mefreh, said that South Africa’s Counselor-Political, Lesiba Machaba, and the municipality staff joined Palestinian famers in picking olive groves isolated by the encroaching colonial settlement of Tekoa from the town before they were assaulted by Israeli forces.

He added that the soldiers fired tear gas canisters and stun grenades at the olive harvesters, including Machaba, forcing them to leave at gun point.

Abu-Mefreh together with three others were briefly held by the soldiers for participating in the olive-picking event. One of them was ultimately detained.

Located 12 kilometers to the southeast of Bethlehem city, Tuqu‘ has a population of some 9,300 and occupies a total area of 191,262 dunams.

Israel has established three colonial settlements, namely Tekoa, Meshoki Dargot and Mizpe Shalem on an initial area of 1,436 dunams confiscated from the village. It has confiscated further land for the construction of settlement outposts as well as settler-only by-pass Road No. 901, Road No. 3562, and Road No. 3698, which extend for 17.67 kilometers on the village land.

Israel has constructed a section of the apartheid wall, confiscating and isolating some 4,843 dunams of fertile land for colonial settlement activities and pushing the villagers into a crowded enclave, a ghetto, surrounded by walls, settlements and military installations.