Erdogan: Turkey looks to future with hope thanks to youth 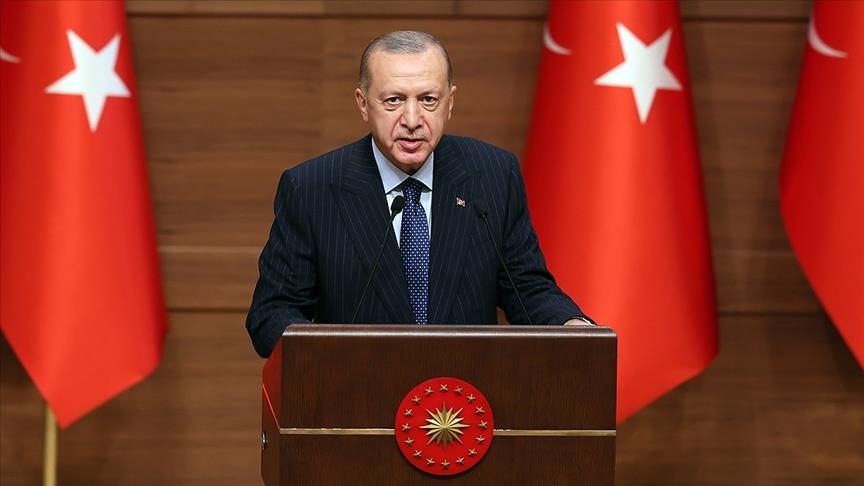 Turkey is looking to the future with hope through the strength of its youth in an era when the West’s population is aging and education and infrastructure problems in the East remain stubborn, Turkey’s President Recep Tayyip Erdogan said on Wednesday.

In a video message to the Entrepreneurs Meeting Summit in the central Anatolian city of Konya, Erdogan stressed that entrepreneurship is an inherent feature of the Turkish nation and that everyone can be highly productive in entrepreneurship and innovation when given the opportunity.

In an era witnessing radical changes in the global management and economic system, entrepreneurship “brings important opportunities,” he added.

“We’re working to seize these opportunities by reaching our 2023 goals for our democracy and development infrastructure that we have brought to the country in the past 19 years and then realize our 2053 vision,” Erdogan said referring to the nearly two decades his Justice and Development (AK) Party has been in power.

On Turkey’s new vision for green development, he said very important tasks fall on everyone, from the public to the private sector.

“I believe this summit will lead to path-breaking results for all of us in a process where global production and logistics centers are reestablished and the digitalization-and-technology-based economy is starting to strengthen,” he explained.

The two-day summit started Wednesday under the auspices of the Turkish Presidency.