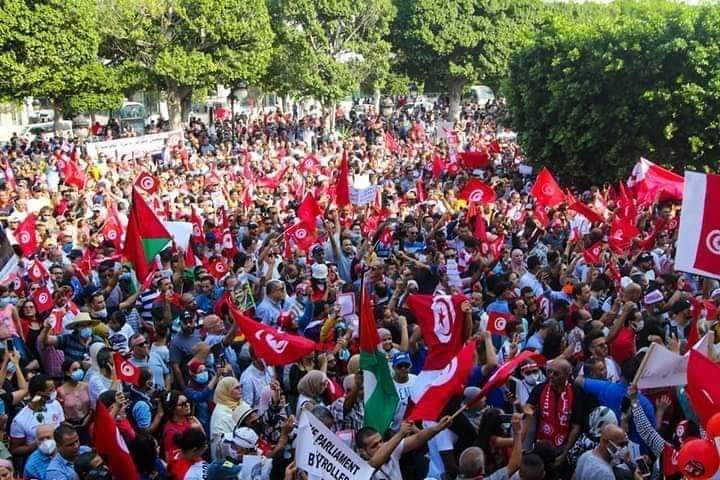 Popular and political movements and parties called for the rallies. Supporters of the President have also launched calls on social media for protests, expressing their support for the president’s July 25 and September 22 decisions in response to earlier protest against Saied held by supporters of Ennahdha movement and others last Sunday in Tunis.

Political parties Echaab, Alliance for Tunisia and the Popular Current called on their supporters to participate Sunday in marches and rallies across the country in support of the President.

They also stressed the need to strictly adhere to the requirements of peaceful action and to refrain from all attempts of incitement, distortion and fallacy.

This comes as Saied held a phone call with his French opposite number Emmanuel Macron.

Cooperation in a wide range of areas and preparations for Djerba Francophonie Summit were discussed, the Presidency said. A package of ideas was submitted and will be tabled to the Secretary-General of the International Organisation of La Francophonie (OIF).

Saied said it is regrettable that France decided to cut the number of visas granted to Tunisian nationals. The decision may be revised, Macron said.

In another context, Saied said illegal migration “can only be addressed on the basis of a new approach.”