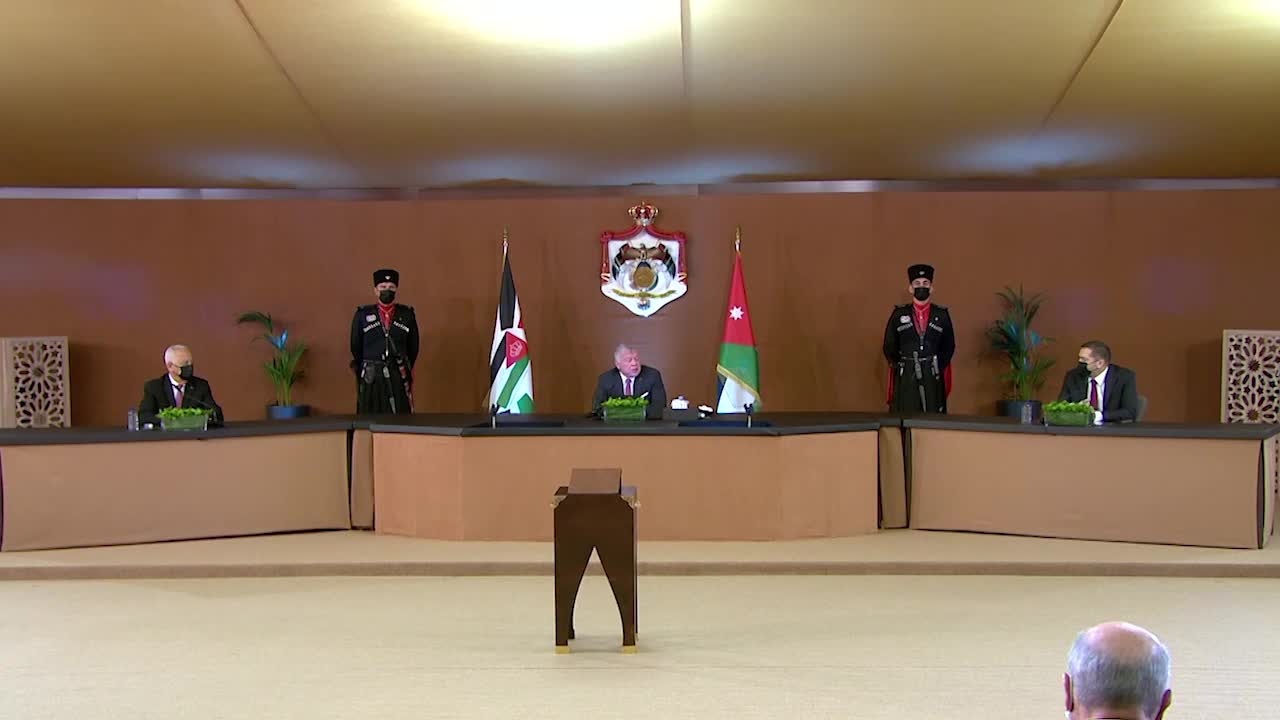 King Abdullah of Jordan on Sunday reiterated that the democratic model Jordanians seek is an embodiment of the political will and national interest.

During a meeting at the Royal Hashemite Court with the chairperson and members of the Royal Committee to Modernize the Political System, King Abdullah received the committee’s outcomes report.

He said the political system establishes for a new and critical phase in line with efforts to modernize the state in its second centennial, adding that political reform is being implemented in parallel to the government’s economic and administrative reforms.

The committee, which His Majesty entrusted Samir Rifai with chairing in June, includes members from across the political and ideological spectrum, delivered a report that includes new draft laws for elections and political parties, and suggested constitutional amendments related to the two laws and parliamentary work.

In addition, the report included recommendations on advancing local administration laws, expanding participation in decision-making, and enhancing an enabling political and legislative environment for further engagement of women and youth in public life.

The King said the recommendations will be pivotal in implementing tangible advancement in platform-based partisan parliamentary work, stressing the need for an action plan for implementation and close follow-up on all levels.

He called on political parties to develop their tools to win over voters and to meet their aspirations in Parliament, noting that the political, economic, and social empowerment of youth and women is at the forefront of the modernization process.