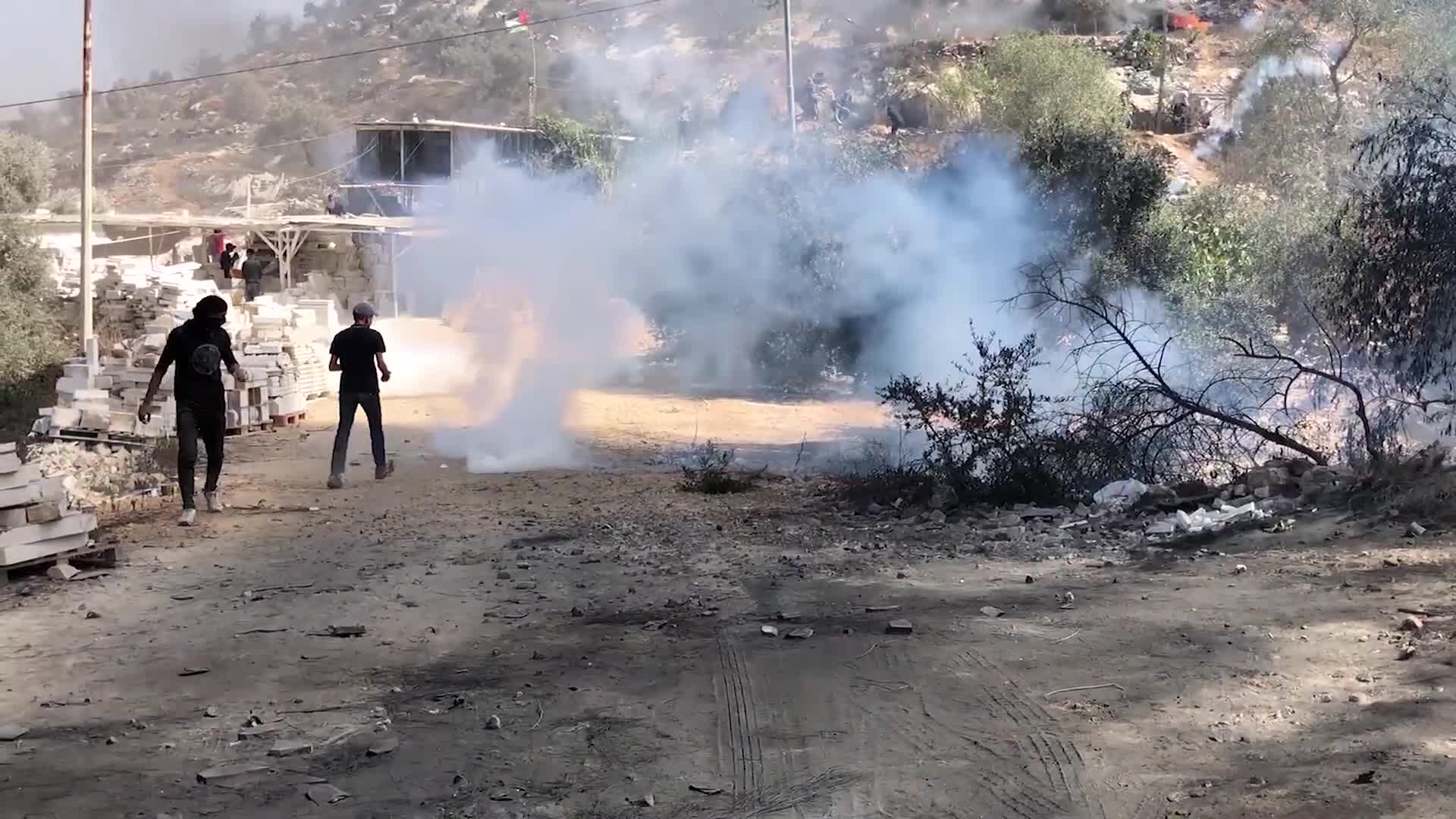 At least 70 Palestinians were injured on Friday by Israeli forces during clashes at Jabal Sabih mount, near Beita in the occupied West Bank, according to the Palestinian Red Crescent (PRC).

Israeli soldiers fired live gunfire, rubber-coated rounds and stun grenades at the protesters, injuring 70 of them, including 12 with rubber-coated steel rounds.Some of the protesters also sustained injuries after falling on the ground while being chased by soldiers.

Meantime, some 51 suffocation cases from teargas inhalation were reported.An ambulance was also hit with Israeli teargas canisters that smashed the front windshields.