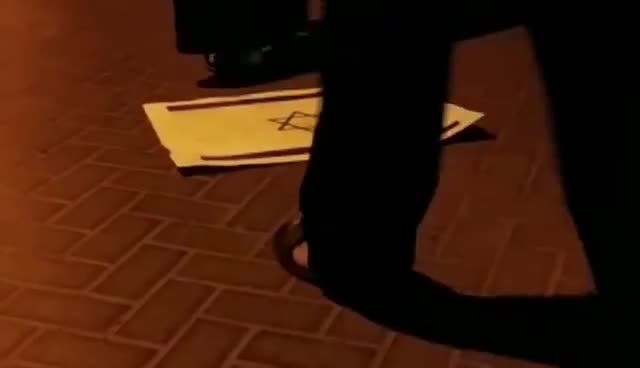 Crowds of Bahrainis demonstrated, on Friday, in Al Daih village north of Bahrain, denouncing normalization of ties with Israel after the Bahraini authorities appointed an ambassador to Israel.

Participants in the demonstration in the neighborhoods of Al Daih, raising Palestinian flags and banners against normalization.

They also raised banners reading, “The people of Bahrain will remain loyal to Palestine, its people and its sanctities, rejecting the betrayal of normalization” and “Your weapon is normalization and our weapon is resistance.”

The demonstration took place after the Islamic Loyalty Movement called for a comprehensive popular stand against normalization with the Zionist entity.

The movement also called for marking the 13th of September a national day to resist normalization in Bahrain.

Bahrain is expected to witness in the coming days popular movements rejecting normalization after the opposition called for demonstrations over the next two weeks concurrent with the first anniversary of the signing of normalization agreement between Bahrain and Israel.