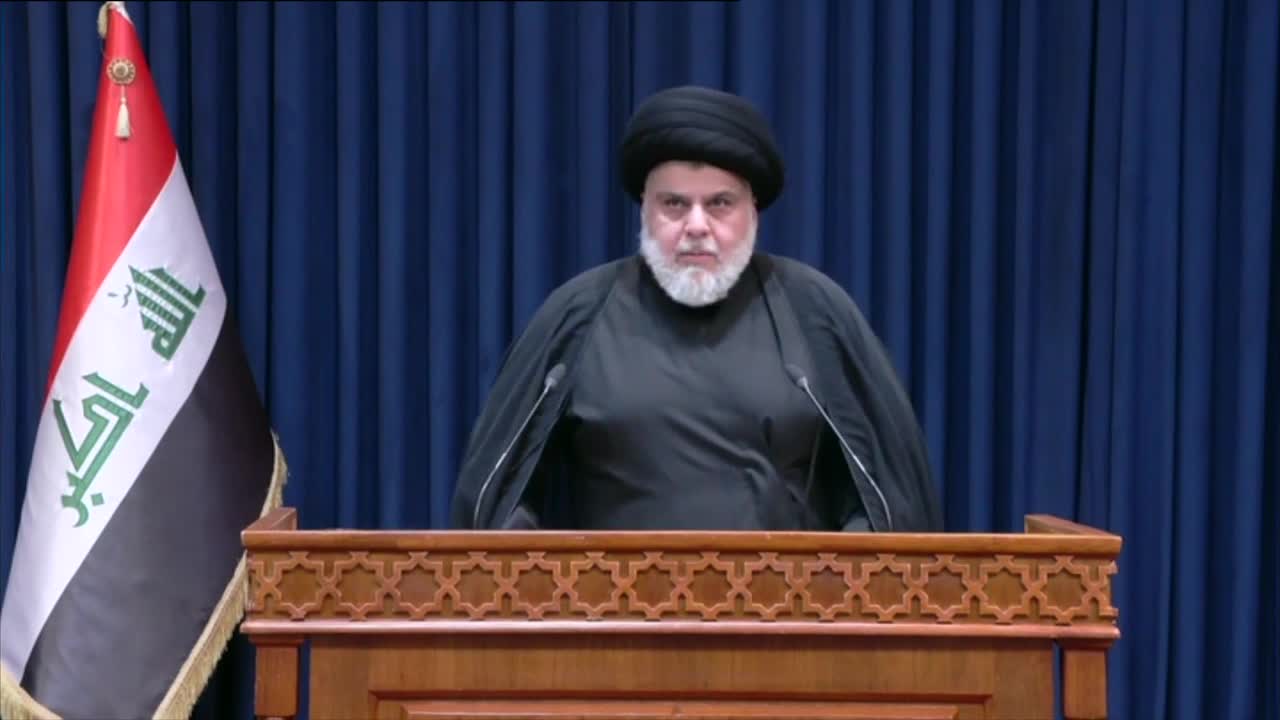 Leader of the Sadrist movement, Muqtada al-Sadr, called on Wednesday for early elections as he urged dissolving the current parliament.

“Do not let them delude you that the revolution is a struggle over power,” Al-Sadr said in a televised speech, noting that he “has not decided to be in the new elections or not”.

He continued “malicious lawsuits obstructed the formation of the majority government. There is no benefit from dialogue with them”.

“Reform does not come without a sacrifice, and I am fully prepared to sacrifice for reform,” he stressed.

Al-Sadr further explained that the “revolution” began as a Sadrist, and “they are part of the people,” as it will not exclude “the corrupt from the Sadrist movement” as well.

“We never did, nor will, accept bloodshed. Most of the people are tired of the entire ruling class,” he added, urging the Iraqis to “take advantage of my existence to end corruption”.

“The revolutionaries and the sit-in must stay and continue,” he underlined as he thanked the security forces and the “revolution supporters”.