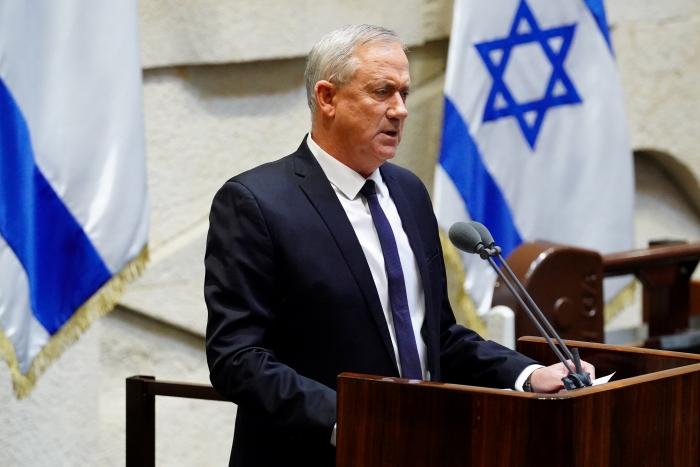 Israeli Defense Minister said on Monday that Israel “will be able to do what it needs to defend itself” even after condemning Russia over alleged war crimes in Bucha, Ukraine.

“We will continue to act everywhere in the Middle East where we need to act,” Gantz told Kan Radio when asked whether Foreign Minister Yair Lapid’s condemnation will impact the so-called coordination with Russia regarding strikes Syria.

Lapid said on Sunday that “It is impossible to remain indifferent in the face of the horrific images from the city of Bucha near Kiev, from after the Russian army left. Intentionally harming a civilian population is a war crime and I strongly condemn it.”

Defense Minister Benny Gantz joined Lapid on Monday, saying “I condemn murder of this kind; it really is a war crime.”

“Even in war, we must make sure to follow the values that are called morality in fighting,” Gantz told Kan Radio.

“Unfortunately, civilians can be harmed in the framework of war, but they cannot be murdered as part of a war. This is something that looks very serious.”