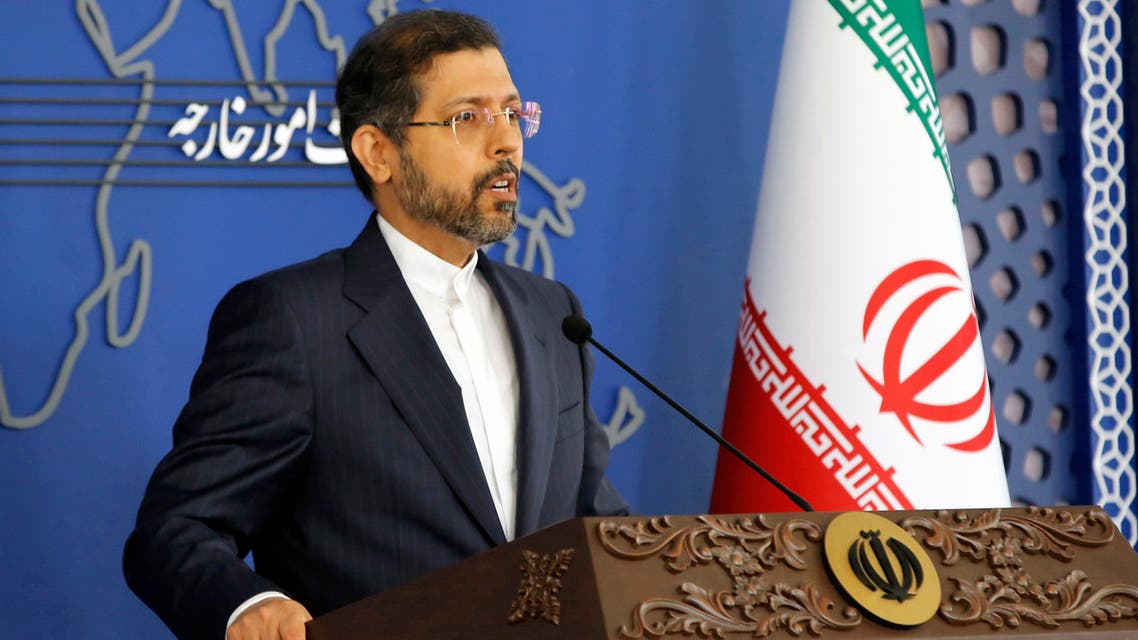 The spokesman for Iran’s Foreign Ministry Saeed Khatibzadeh said that Vienna talks will continue all the outstanding remaining issues are resolved.

Khatibzadeh warned on Thursday of any premature judgment on a deal in the Vienna talks, saying, “Premature good news does not substitute good agreement.”

“Nobody can say the deal is done, until all the outstanding remaining issues are resolved,” he said.

The Iranian diplomat also reminded that everybody is now focused on the final critical steps, regarding the Vienna talks.

Meanwhile, the top Iranian negotiator to the Vienna talks, Ali Bagheri Kani, met and conferred with European Union’s deputy foreign policy chief in the Austrian capital as part of the eighth round of negotiations on the removal of anti-Tehran sanctions and revival of the 2015 Iran deal, officially known as the Joint Comprehensive Plan of Action (JCPOA).

Bagheri also met with Enrique Mora at the Coburg Palais in Vienna on Thursday afternoon in line with intensive negotiations between Iran and the P4+1 group of countries, on the fourth day of the eighth round of the JCPOA talks.

The main thorny issues discussed during the bilateral meeting were reportedly the scope of sanctions and the removal of the entire bans imposed against Iran as part of the so-called maximum pressure campaign by the United States. Among other issues discussed were the guarantees demanded by the Islamic Republic so that it can verify the removal of sanctions, and also outstanding safeguard issues between Iran and the International Atomic Energy Agency (IAEA).

Mora, who also acts as the coordinator of the Joint Commission of the 2015 Iran agreement, was also reported to have held talks with the representatives of the European signatories to the JCPOA, as well as that of the US and the head of the Russian negotiating team, Mikhail Ulyanov.

In a tweet after the end of his talks with Iran’s negotiator, Mora said, “We are at the final stages of the #ViennaTalks on #JCPOA.”

However, he added that the talks have not reached their conclusion yet as “some relevant issues are still open and success is never guaranteed in such a complex negotiation.”

Mora emphasized that all the negotiating parties are doing their best, but they were still distant from a final agreement.

Iran’s top negotiator also had a separate meeting with the Russian delegation in the Vienna talks, which is headed by the country’s ambassador to international organizations in the Austrian capital, Mikhail Ulyanov. During the bilateral meeting, the two sides discussed the latest developments in the negotiations.

Following the meeting, Ulyanov took to his Twitter account, describing the past 11 months of JCPOA-related negotiations as a “long and grueling marathon,” and saying that the talks were “almost over”.

“Yesterday marked 11 months since the #ViennaTalks started. A long and grueling marathon. Now it is almost over,” Ulyanov said in a tweet.

The United States unilaterally left the historic deal in 2018 and returned the sanctions that had been lifted under the accord. Washington’s European allies in the deal have been toeing the sanctions line closely by ending their trade activities with Iran.

The Vienna talks began last April between Iran and the five remaining parties to the JCPOA — Britain, France, Germany, Russia and China — on the assumption that the US, under the Joe Biden administration, is willing to repeal the so-called maximum pressure policy pursued by former president, Donald Trump.

Tehran says it won’t settle for anything less than the removal of all US sanctions in a verifiable manner. It also wants guarantees that Washington would not abandon the agreement again.