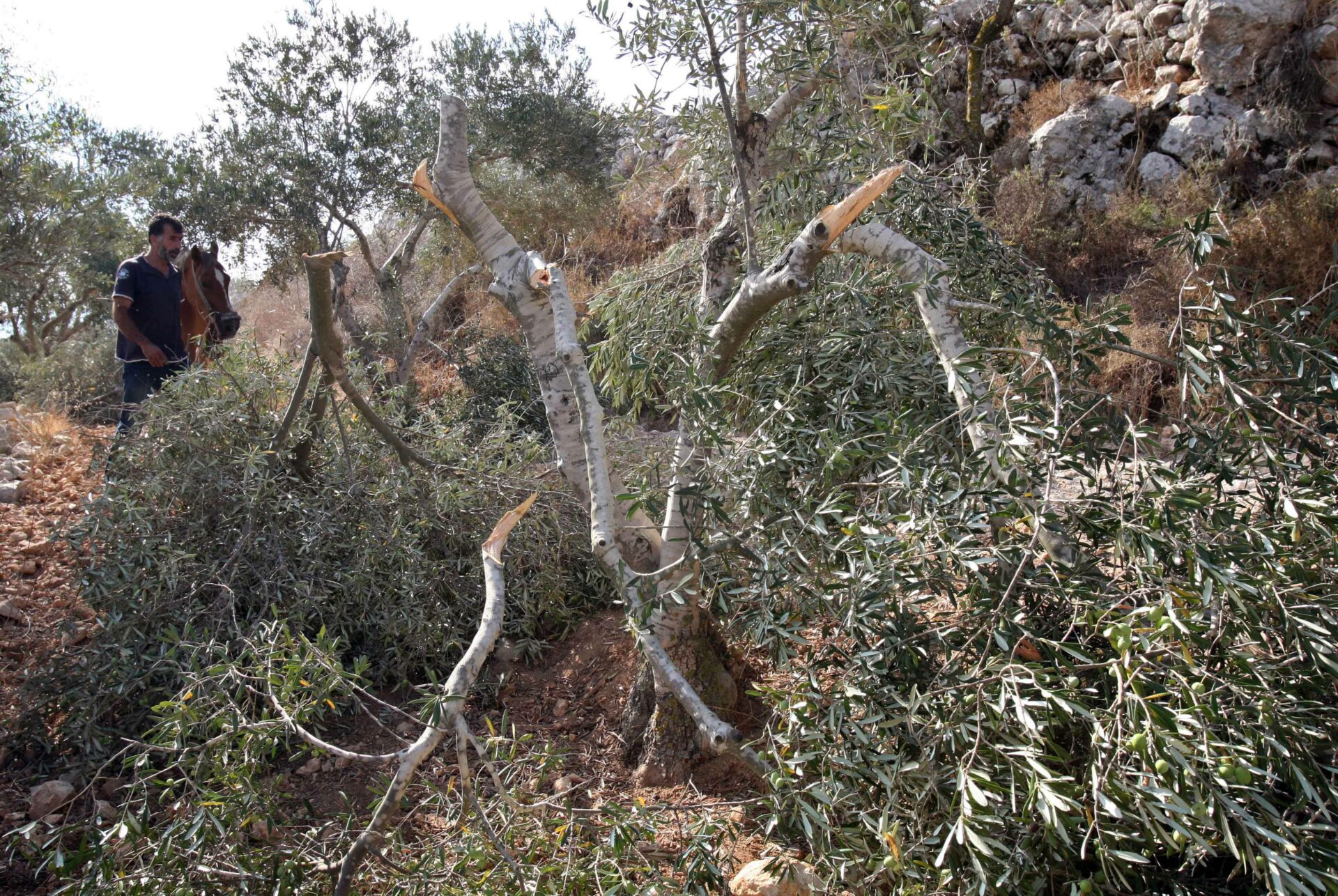 Coordinator of the Protection and Steadfastness Committees in Masafer Yatta, Fouad al-Amour, told WAFA that said that settlers barged their way into the olive groves of Jalal al-‘Amoud in Khallet Ad-Dabi‘, one of the hamlets making up Masafer Yatta, and destroyed 60 olive saplings.

He added that the settlers assaulted livestock herders and attempted to force them out of pastures.

This came a day after Israeli forces razed four water wells in the same locality.