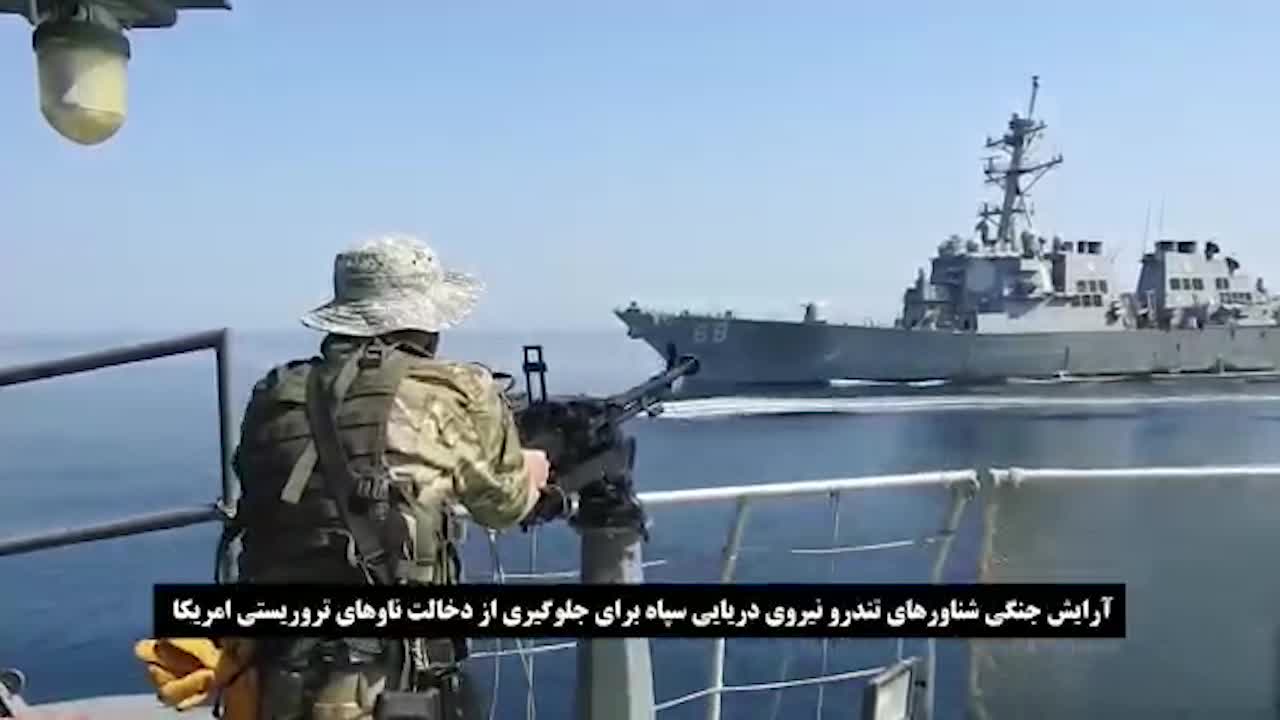 Navy Force of Iran’s Islamic Revolutionary Guards Corps (IRGC) thwarted an attempt by US Navy to steal Iranian oil in the Sea of Oman.

Iranian media reported that the naval forces of the Islamic Republic Revolution Guards Corps have managed to thwart an attempt by the United States to take over a giant oil tanker in the strategic Sea of Oman and moved the vessel to the Iranian territorial water.

The United States confiscated a tanker carrying Iranian oil in the Sea of Oman and diverted the oil cargo to another tanker and directed it to an unknown destination.

The IRGC Navy forces then, managed to recapture the tanker using Heliborne operations on the deck of the tanker and directed it to the territorial waters of Iran.

The US forces then pursued the tanker using several helicopters and warships but failed due to the decisive and authoritative forces of the Islamic Revolutionary Guards Corps.

The US forces, using some warships, tried to block the path of the tanker but again failed, noting that the tanker is currently in the territorial waters of the Islamic Republic of Iran.