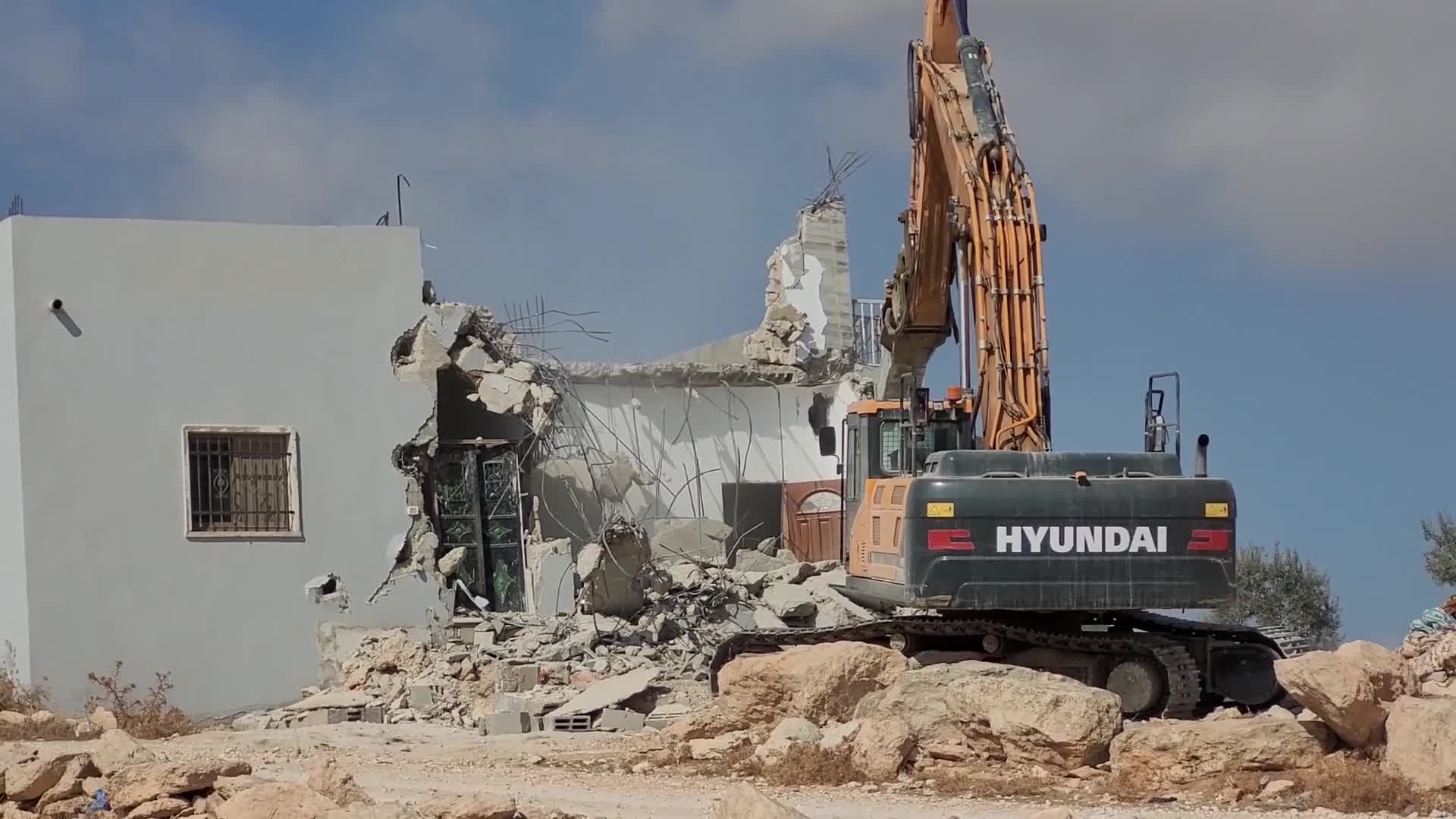 Israeli forces demolished a Palestinian house in Aj-Juwaya community, east of Yatta in the southern West Bank district of Hebron.

He clarified that the demolitions besides to other restrictive measures against the community are designed to displace the population and to make room for the expansion of the nearby colonial settlement of Ma’on.

Considered as one of the eastern suburbs of Yatta, Aj-Juwaya is heavily targeted by the Israeli occupation measures intended to obliterate Palestinian construction expansion.

Masafer Yatta is a collection of almost 19 hamlets which rely heavily on animal husbandry as the main source of livelihood.

Located in Area C of the West Bank, under full Israeli administrative and military control, the area has been subjected to repeated Israeli violations by settlers and soldiers targeting their main source of living – livestock.

It has been designated as a closed Israeli military zone for training since 1980s and accordingly referred to as Firing Zone 918.

Israeli violations against the area include demolition of animal barns, homes and residential structures. Issuance of construction permits by Israel to local Palestinians in the area is non-existent.