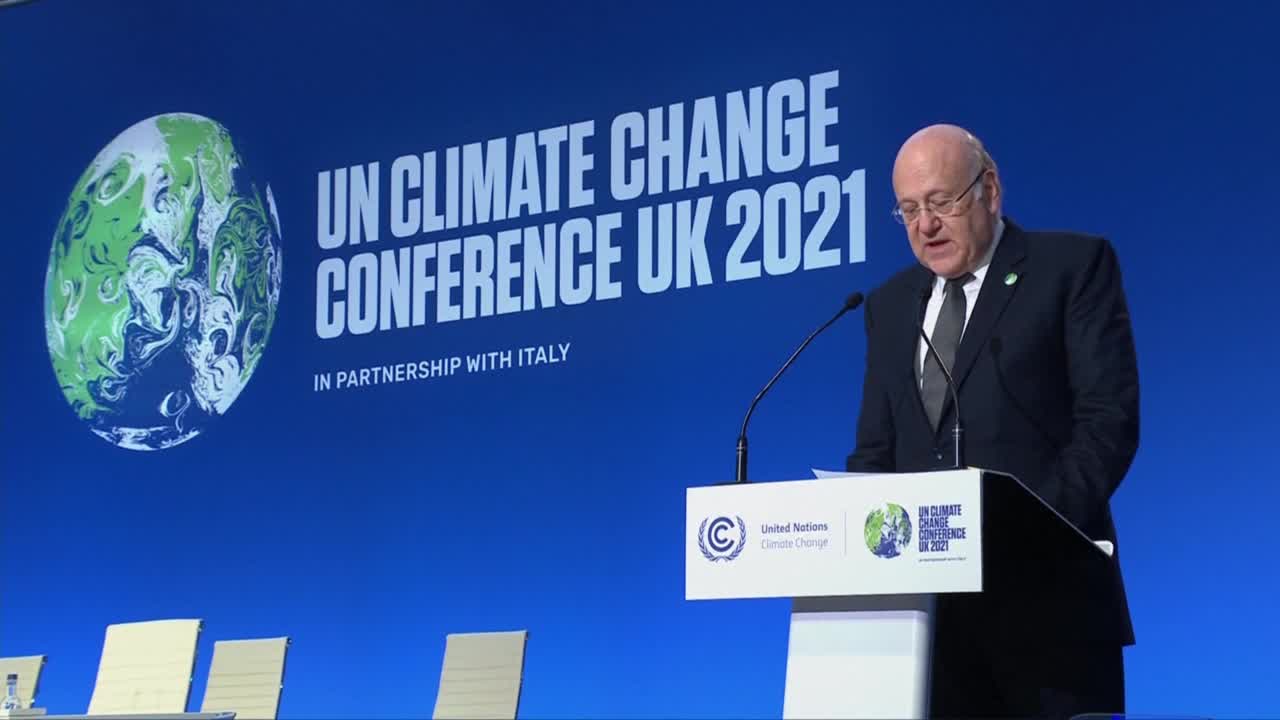 During his speech on Tuesday at the COP26 UN conference on climate summit, Mikati expressed his concerns that climate emergencies will obstruct Lebanon’s economic and social progress at a time when the country’s social fabric is being torn apart by a financial crisis.

Mikati has held several meetings on the sidelines of the conference. US Secretary of State Antony Blinken said he had a “productive” meeting with Mikati and reaffirmed Washington’s commitment to “support” Lebanon.

“We discussed the need to implement urgent reforms to address Lebanon’s economic crisis and to hold free and fair elections next year,” he tweeted following the exchange.

Meanwhile, in an apparent attempt to curb one of the biggest diplomatic crisis in years, Mikati said he appreciates Saudi Arabia’s “keenness to launch the Green Middle East Initiative.”

Last week, Saudi Arabia recalled its ambassador in Lebanon and asked the Lebanese Ambassador to leave Riyadh within 48 hours over.

The United Arab Emirates has also announced the withdrawal of its ambassador from Lebanon and advised its citizens not to travel to the country.

In efforts to smooth relations, Mikati visited the UAE and Saudi Arabia pavilions at the conference. The two countries had recalled their ambassadors to Lebanon over Kordahi’s remarks.