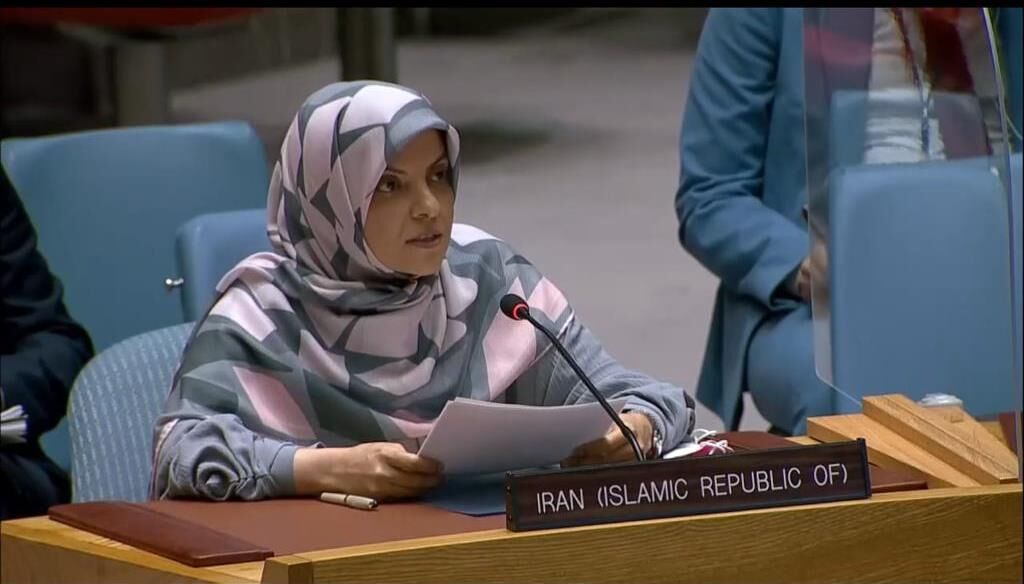 Iran’s representative to the United Nations Ershadi stressed that the Syrian chemical case has been politicized by a certain group of countries.

Addressing UN Security Council meeting on the Middle East developments on the Syrian chemical issue, Ershadi said “This process, which has undermined the authority of the Convention and the Organization for the Prohibition of Chemical Weapons, must be stopped.”

“We reiterate our full support for the Convention on the Prohibition of Chemical Weapons and the strengthening of its authority,” she said.The envoy stated “As a defender of this important convention, Iran will spare no effort to achieve its goals.”

Ershadi added “We also call for the full, effective and non-discriminatory implementation of the Convention.”

“In addition, we call for the universality of the convention and believe that in order to achieve this fundamental goal, the Israeli regime must be forced to accede to this convention without any preconditions or delays,” Iran’s representative to the United Nations underlined.

The Iranian diplomat added “Iran, as a great victim of the widespread use of chemical weapons in contemporary history, strongly condemns the use of these weapons by anyone, anywhere and under any circumstances.”

Iran’s representative to the United Nations added “The Islamic Republic of Iran, as an active member of the Organization for the Prohibition of Chemical Weapons, emphasizes the importance of ensuring the independent, impartial and professional activity of this organization.”

Ershadi went on to say “This is of particular importance in relation to issues related to the implementation of the obligations of member states, including the Syrian Arab Republic.”

“We appreciate the serious efforts of the Syrian government in fulfilling its obligations under the convention,” Ershadi said.