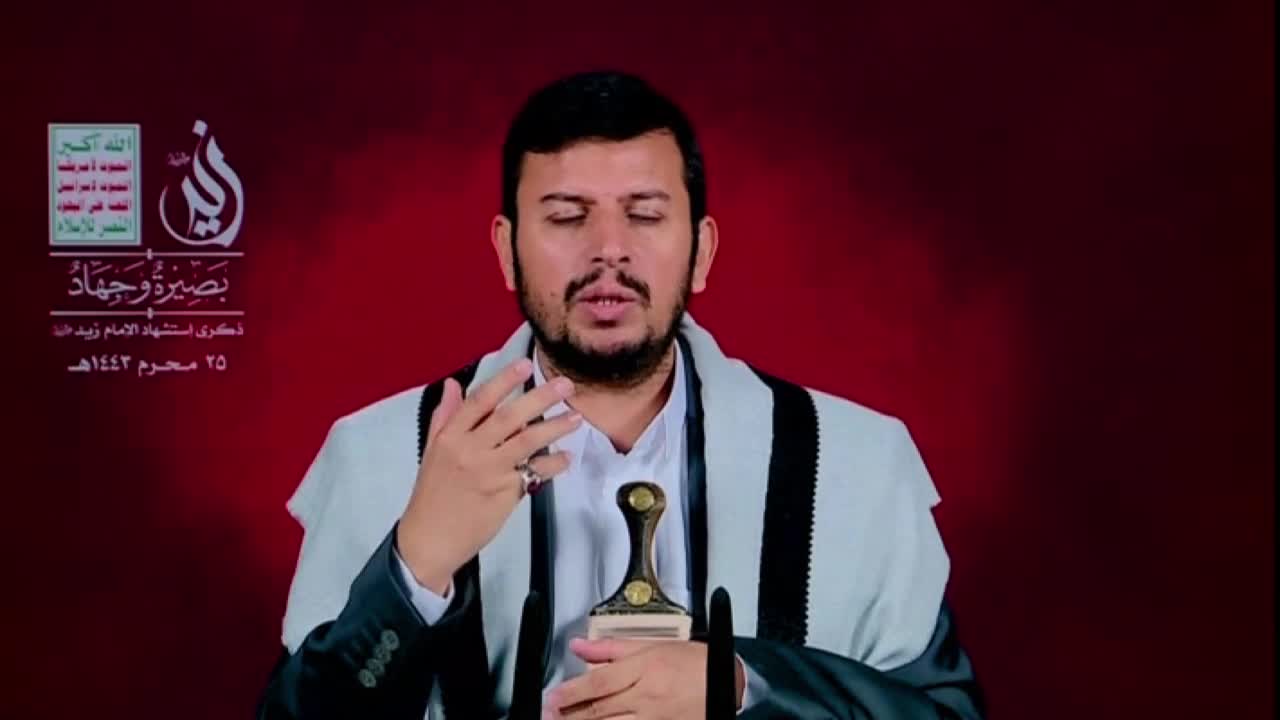 Leader of Yemen’s Ansarullah Movement Abdul-Malik al-Houthi stressed on Thursday that the aggression against Yemen and conspiracies against the countries of the region serve U.S. and Israel, adding that there is no ambiguity in the Saudi regime’s alliance with America and Israel.

Al-Houthi said Yemen face U.S. and Israeli tyranny and their tools with insight and then with Jihad.

The Leader reiterated the continuation of confronting the aggression, saying “Shame on those who are silent and the weak.”

He pointed out that the U.S. and Israeli tyranny is a serious threat to the nation in its religion, security, freedom and dignity, noting that “American tyranny targets our nation in all fields”.

Al-Houthi stated that the crimes committed against the Yemeni people exceeded the ability of the United States to cover it up.

He further stressed that those who have the options to join the US-Israel alliance or remain silent are mistaken, adding “We cannot remain silent in the face of American and Israeli tyranny, and our nation is being abused and oppressed, from Palestine to Yemen.”