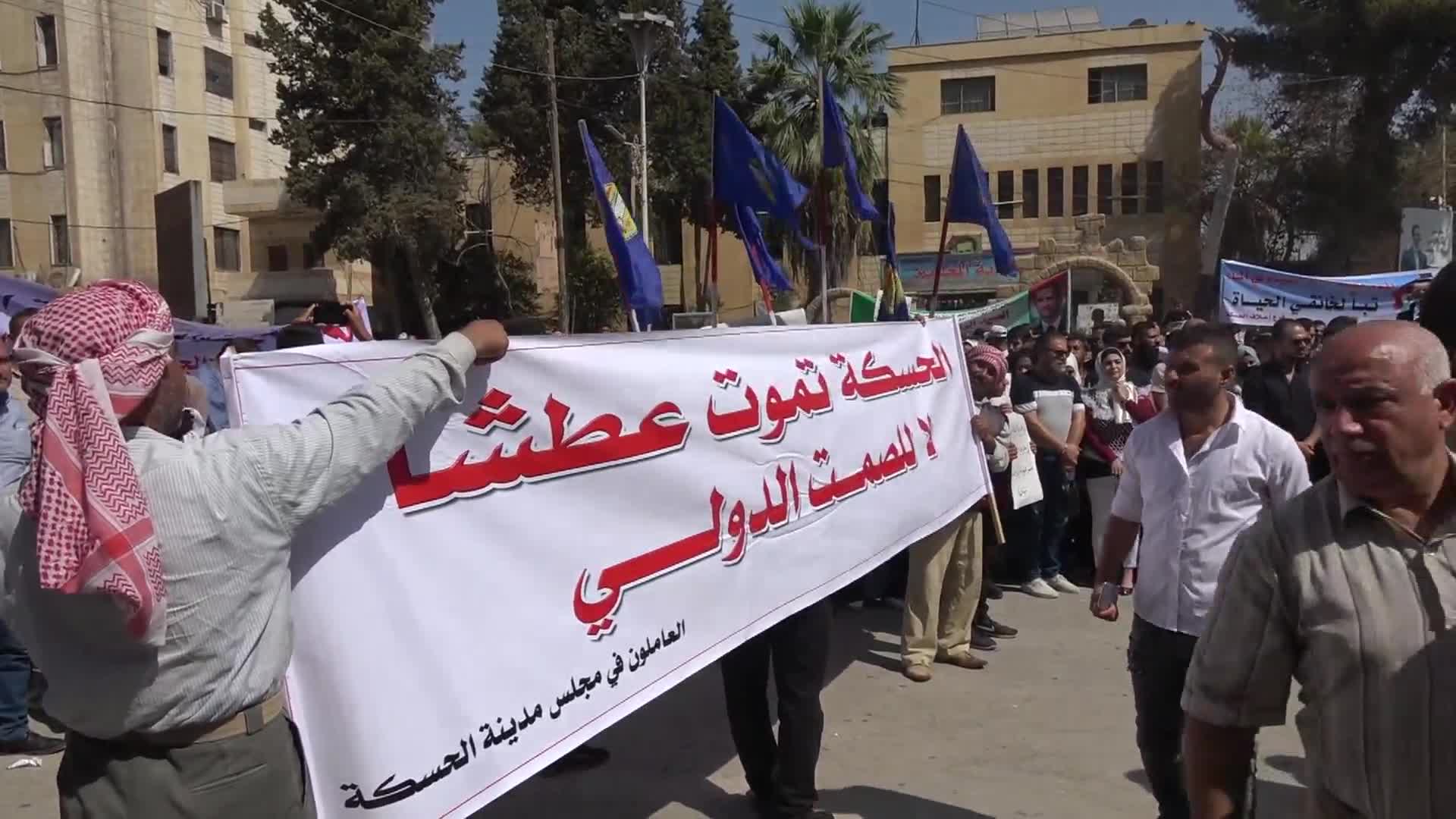 A protest was held at the President Square in Al Hasakah denouncing cutting off water by Turkish occupation and violations committed by US occupation and its militias.

Participants in the protest, organized by civil, social, religious and popular figures in the city, raised national flags and banners condemning the act of cutting water to more than a million citizens in the province after stopping the work of Alouk water plant by the Turkish occupation.

They also expressed rejection of violations carried out by US forces and their mercenaries.

A statement read at the event said that “in continuation of its criminal policy against the Syrian people, the heinous Turkish occupation continues to cut off drinking water to one million people in Hasaka province amidst an absolute international silence regarding this outrageous crime.

The statement also noted that in light of the occupation’s persistence on violating the international law which prevents the use of water as a weapon, the stand organized by the locals in Hasaka conveys a message to the international community and humanitarian organizations to intervene in order to end this severe suffering that coincides with the outbreak of Coronavirus pandemic.

Journalist Injured, Others Suffocate in Anti-Settlement Rally Near Nablus