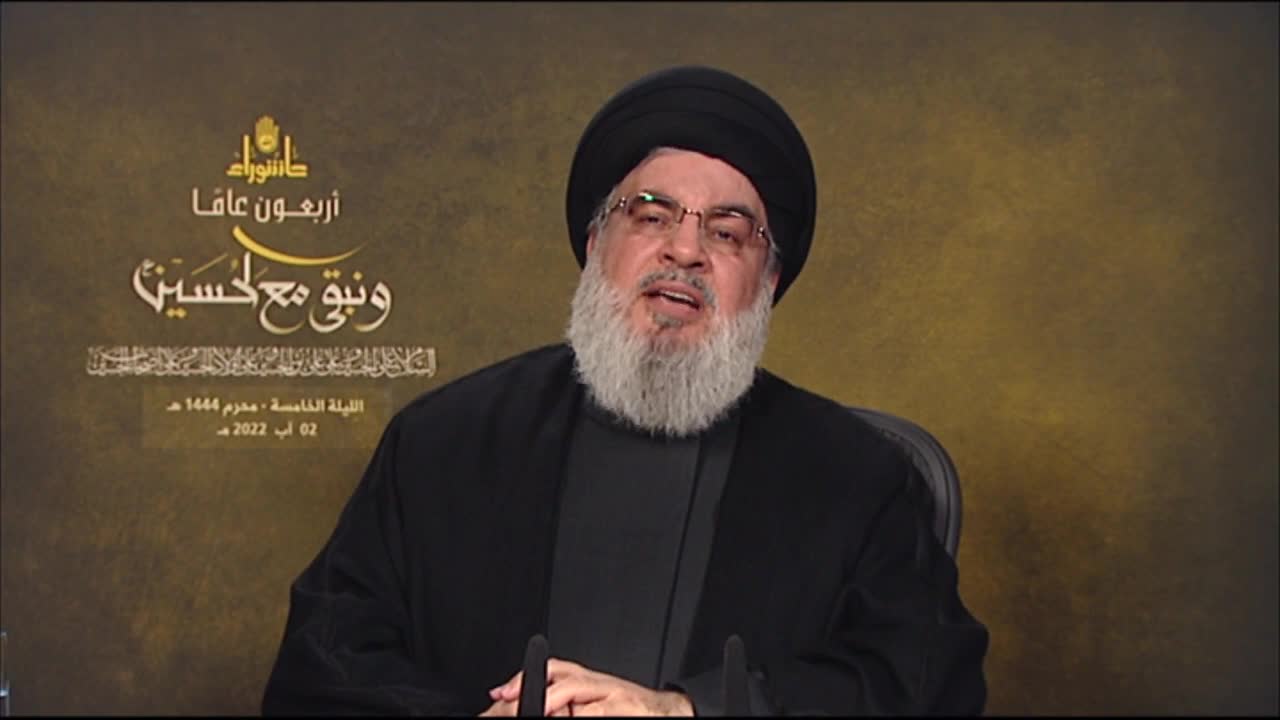 Hezbollah Secretary General Sayed Hasan Nasrallah stressed on Tuesday that Hezbollah will not allow anyone to take Lebanon into a civil war, hilighting the internal stability.

Addressing Hezbollah Central Ashura mourning ceremony in Dahiyeh, Sayyed Nasrallah said that Hezbollah, since emergence, has been a resistance movement in the various fields on the path of Imam Hussein (P).

He affirmed that the United States and Israel represent the devil, adding that the struggle in face of the US schemes will continue.

Sayed Nasrallah highlighted the media warfare waged against the resistance supporters who are being falsely told that the Resistance is being starving them, underlining the importance of steadfastness in this regard.

He underscored the anniversary of the false US promise to allow Lebanon to import Egyptian gas and Jordanian electricity, asking why the Lebanese allies of the Gulf countries do not ask Saudi and UAE to provide Lebanon with oil.

The Secretary-General reiterated Hezbollah readiness to help the Lebanese state import the Iranian fuel, lashing out at the negative comments of some political parties who have show indifference about the agonies of the Lebanese people.

He further noted that the latest round of talks between the Lebanese officials and the US mediator Amos Hochstein is reportedly positive, underling that the stance of the Resistance and that of the state are in harmony regarding rejecting the Israeli procrastination.