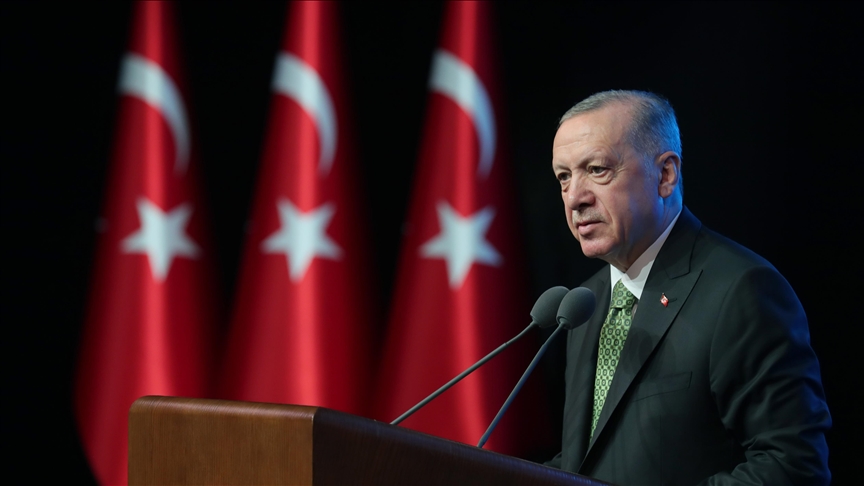 Turkey’s President on Thursday praised Turkey’s progress in the technology industry, saying that the country’s National Technology Move vision will be achieved together with the participation of youth.

The National Technology Move aims to strengthen Turkey’s human and infrastructure capacity to produce high-tech products nationally, strengthen economic and technological independence, and implement policies and practices that will lead to breakthroughs in critical technologies.

“In line with this goal, the number of techno parks in the country has increased to 92,” Recep Tayyip Erdogan said at an award ceremony for science projects by high school students at the Bestepe National Congress and Culture Center in Ankara.

Erdogan said the initiative’s budget was increased by 1% to strengthen the research and development culture in the country.

Underlining that Turkey’s economy grew 7.3% year-on-year in the first quarter of 2022, he said: “This is why country’s export rates are breaking records every month.”

The president expressed hope that these numbers will rise even further, adding that the share of indigenous technology in its defense industry has risen to 80%.

Turning to Turkey’s space program, Erdogan said the country will be at the forefront of the space race thanks to its dedicated youth.

Erdogan also reiterated Turkey’s determination in its fight against terrorism.