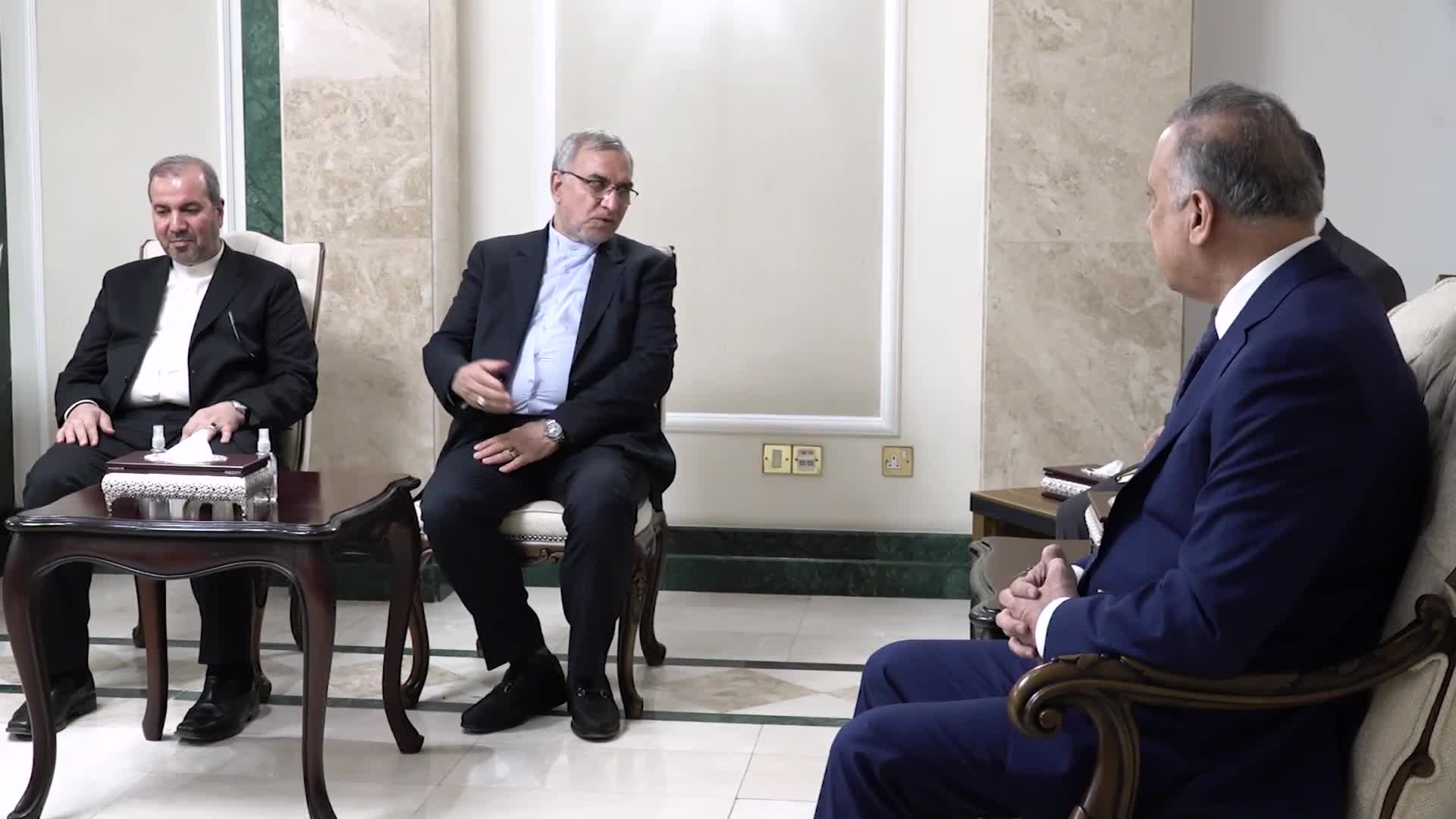 Iraq’s Prime Minister Mustafa Al-Kadhimi stressed on Thursday the need to work to expand the joint cooperation between Iraq and Iran.

Al-Kadhimi received the Minister of Health of the Islamic Republic of Iran, Bahram Ayn Allah, and his accompanying delegation, Prime Minister’s media office said in a statement.

The statement added that “during the meeting, they discussed bilateral relations between the two countries, and the importance of strengthening bilateral cooperation in various vital fields, especially medical and health”.

Al-Kadhimi stressed the depth of the close historical and societal ties between the two neighboring countries and the need to work to expand the horizons of joint cooperation in a way that contributes to serving the two friendly peoples.

For his part, the Iranian minister expressed his country’s readiness to cooperate with Iraq in the medical and health fields, and to exchange experiences between the two countries in the health sector.