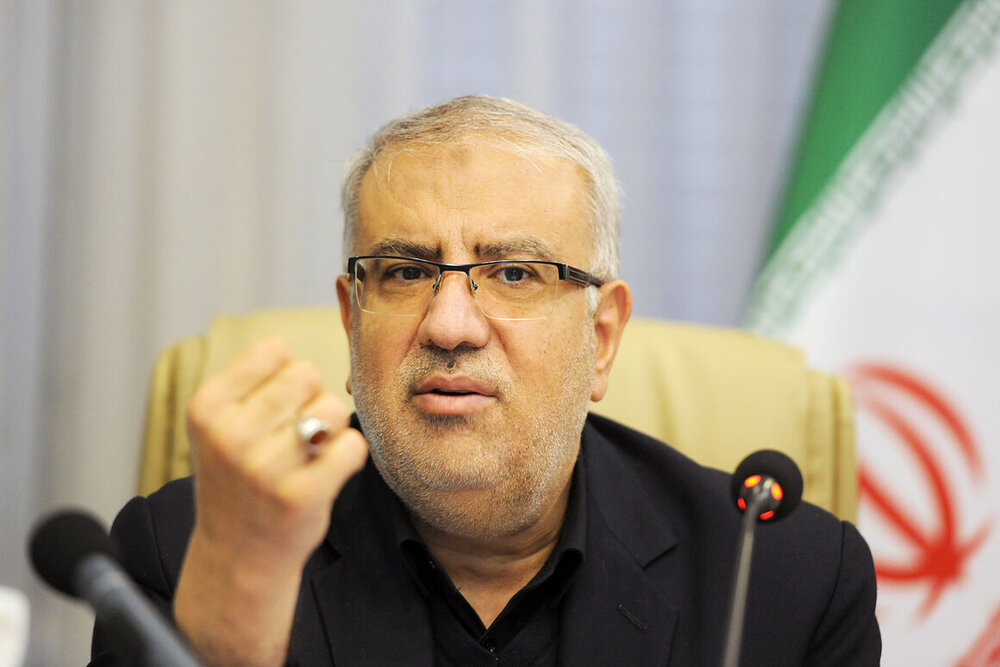 Iranian Oil Minister said that those who imposed sanctions think they can impede Iran’s development and progress through the terroristic tool of sanction while it is a double-edged sword with which they have to grapple.

Delivering a speech at Baku Energy Forum on Thursday in presence of the ministers and representatives of about 30 countries, Owji referred to Iran’s success in oil and gas production, saying, “Iran’s oil and gas development has not been stopped despite cruel sanctions imposed against the country over years.”

Iran, as a holder of the largest gas capacity in the world, currently has about 34 trillion cubic meters of gas reserves and is able to meet a significant amount of global needs, he noted.

“At present, we have the capacity to produce 1 billion cubic meters of gas per day,” he said, adding, “Our oil production capacity is close to 4 million barrels, and we produce about 92 million tons of petrochemical products per year.”

“Our daily gas output capacity has to reach 1.4 billion cubic meters in the next 8 years,” he said, adding, “The world is in sever need of energy and Iran can meet a part of it. The Islamic Republic of Iran welcomes investment in gas production and trade.”

“Iran is located at the crossroads of the world energy transit. Large energy producers such as Russia and Turkmenistan are situated in north of Iran and Qatar is in the south. We have the capacity to transfer such huge resources to consumer markets,” he said.

People around the world need to have access to energy, Owji said, adding that the Islamic Republic of Iran wants all people in the world to enjoy this God-given blessing and is prepared to cooperate in all sectors of oil and gas development, trade and transmission internationally and regionally through good and strong infrastructure in the country.

Referring to the holding of the Iran Oil Show, he described the localization of energy technologies in Iran a good opportunity for joint cooperation with regional countries, saying, “[Iran’s] experience in Turkmenistan gas swap to the Republic of Azerbaijan can be repeated for all neighboring countries.”

“We have the second largest gas pipeline network, after Gazprom, and good projects have been defined in LNG sector. We have not even cut off the gas flow to the countries which delay their payments and we invite all nations and companies interested in making investment in oil industry’s upstream and downstream sectors, as well as in transmission of the energy carriers,” he said.

Considering the clean energy as one of the country’s priorities, Owji said, “This year, we have produced about 1,000 megawatts of renewable energy which is scheduled to reach 4,000 megawatts by the next four years.”

Iran’s Petroleum Minister is in Azerbaijan to participate in Baku Energy Week and hold talks with officials attending the three-day international event.