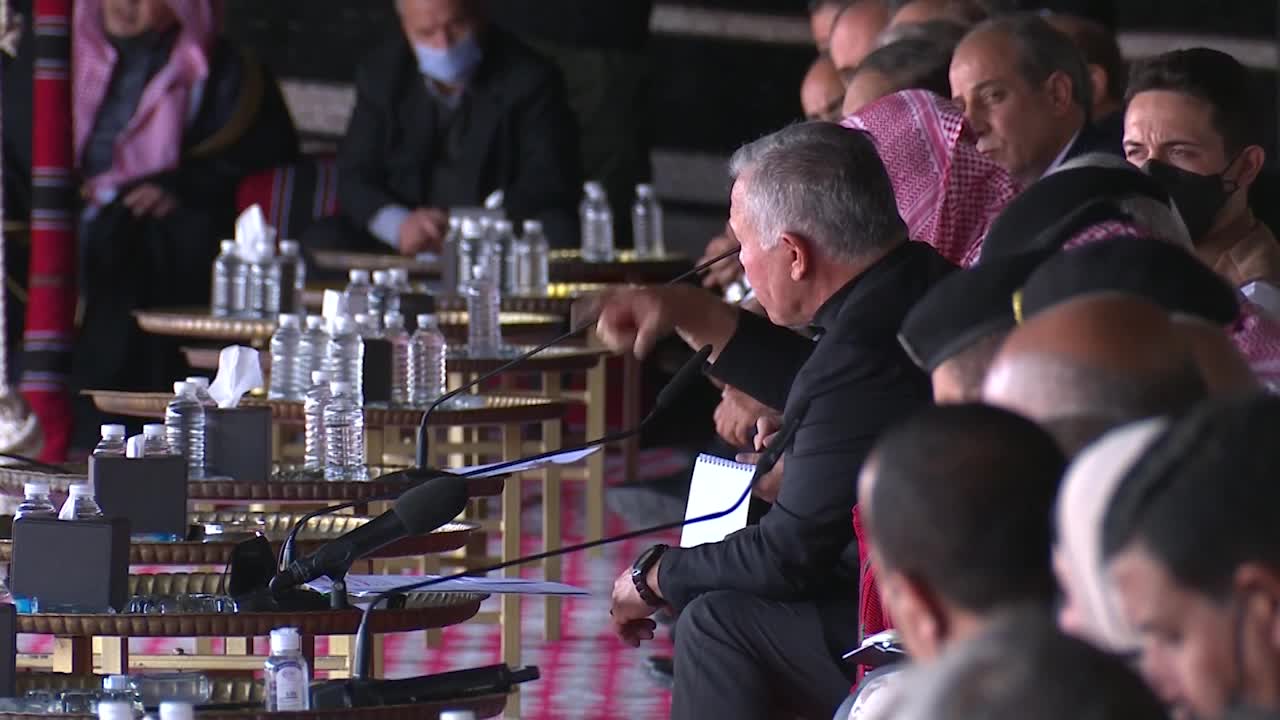 King of Jordan on Wednesday directed the government to speed up the implementation of capital projects allocated in the state budget to Maan Governorate.

At a meeting with a number of leading figures and representatives from Maan, King Abdullah noted that supporting productive factories in the governorate to provide job opportunities is a priority.

During the meeting, the King said there is interest in investing in Jordan, especially in mega-projects, food security, and agriculture will enhance economic opportunities and alleviate poverty and unemployment.

The King reiterated that the Jordan National Railway Project is a priority for the Kingdom and for Maan, citing interest in investing in the land port among Gulf Arab countries.

He also stressed the need to enhance tourism activities in the governorate, and to capitalise on the museum and handicrafts center.

Turning to reform, the King said Jordan is moving forward with political modernisation without hesitation, stressing that the draft political parties and election laws are with the House of Representatives, in parallel to serious steps toward economic and administrative reform.

He highlighted the important role of society, especially youth and women, in the upcoming period through participation in the municipal and governorate council elections.

The King also discussed the ongoing National Economic Workshop, which is organized by the Royal Hashemite Court and covers several sectors to identify national priorities and recommend a roadmap for improving quality of life and services for Jordanians.

On the northern borders, His Majesty stressed that Jordan is in an open and daily confrontation against all smuggling and infiltration attempts, stressing that the Jordan Armed Forces-Arab Army personnel are safeguarding the country’s borders against all threats.

For their part, the attendees expressed support for modernization and reform efforts, stressing that combating rumors and misinformation entails moving forward with further achievements.

The attendees also highlighted a number of local community concerns and needs in Maan.