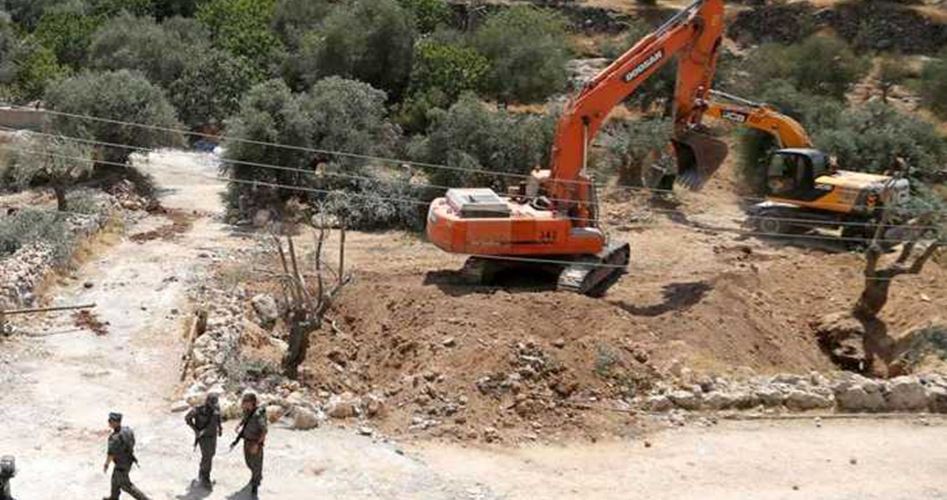 Jabour pointed out that the IOF systematically targets Khilat ad-Dabaa with the aim of seizing the area to carry out projects for Jewish settlers.

Masafer Yatta is a cluster of 19 Palestinian hamlets in al-Khalil province of the southern West Bank.

In a separate incident, the IOF delivered stop-work orders against Palestinian homes and structures in Marda village, north of Salfit.

Chief of the village council Nisfat al-Khafsh said that the IOF stormed Marda and handed citizens notices ordering them to stop the construction of homes and structures in the northern and eastern areas of the village at the pretext that they are located in Area C of the West Bank, which is under Israeli military control.

The stop-work orders were issued against different buildings under construction, including a Mosque, three homes, one store and one agricultural structure.