Sayed Nasrallah: The only fate awaiting US forces in the region is the pullout 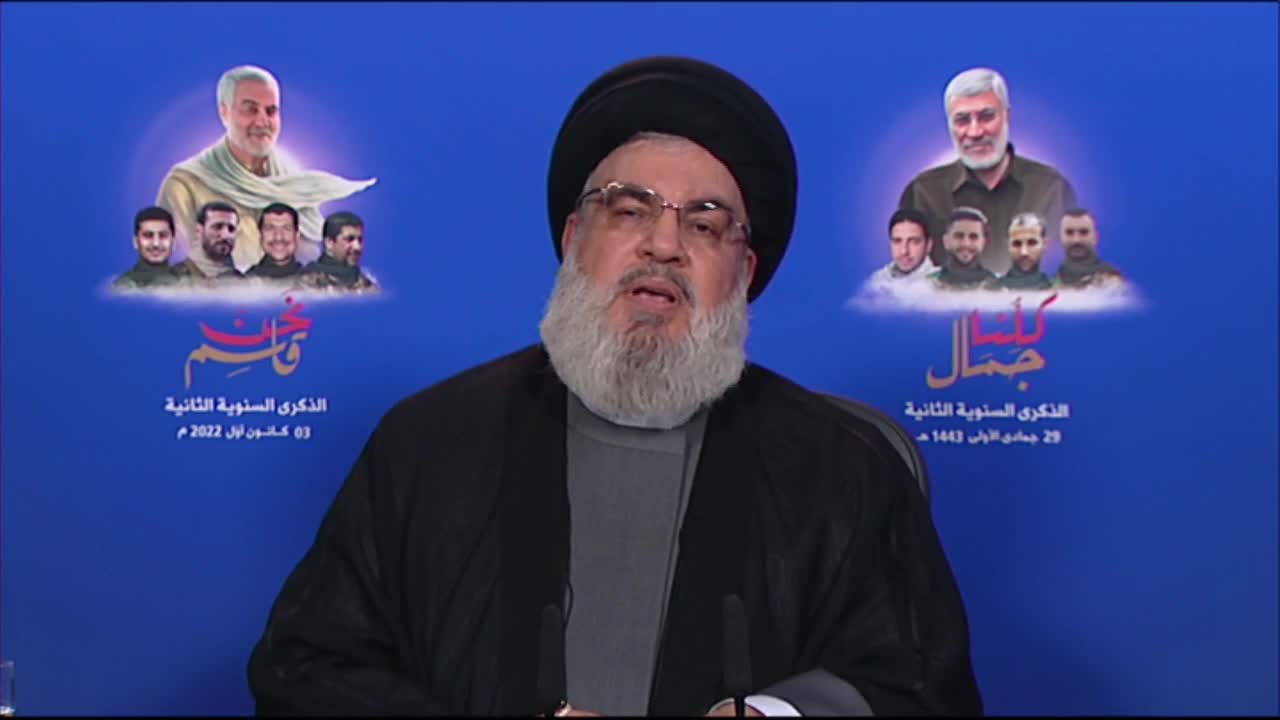 Hezbollah Secretary General Sayed Hasan Nasrallah said the US is behind the wars on Syria and Yemen, stressing that “the only fate awaiting US forces in the region is the pullout”.

Gulf states were puppets in the hands of the US during the siege on Qatar, Sayed Nasrallah added.

He went on to say “Blood of Soleimani and Al-Muhandis tells us that the US is the source of aggression, tyranny in the world.”

On the Lebanese affiars, Sayed Nasrallah said that disagreement in specifying the allies and the enemies is one of the major problems in Lebanon and the region.

He added “Vast majority of Lebanese know that Lebanon’s existence was in risk because of ISIL which is created by the US and backed by Saudi.”

“Hezbollah didn’t harm the ties between Lebanon and Arab neighbors, but rather it defended his country against ISIL terrorists.”

The Secretary General continued “Hezbollah is a Resistance, it’s not terrorist,” adding “the terrorist is the one who takes thousands of Lebanese nationals in Gulf states hostages”.

Sayed Nasrallah underlined that the resignation of a Lebanese minister will not change the Saudi stance towards Lebanon since its problem is with the sides who foiled its scheme.