Asaib Ahl al-Haq: Expelling US forces from Iraq, regional countries is the revenge for Soleimani and al-Muhandis 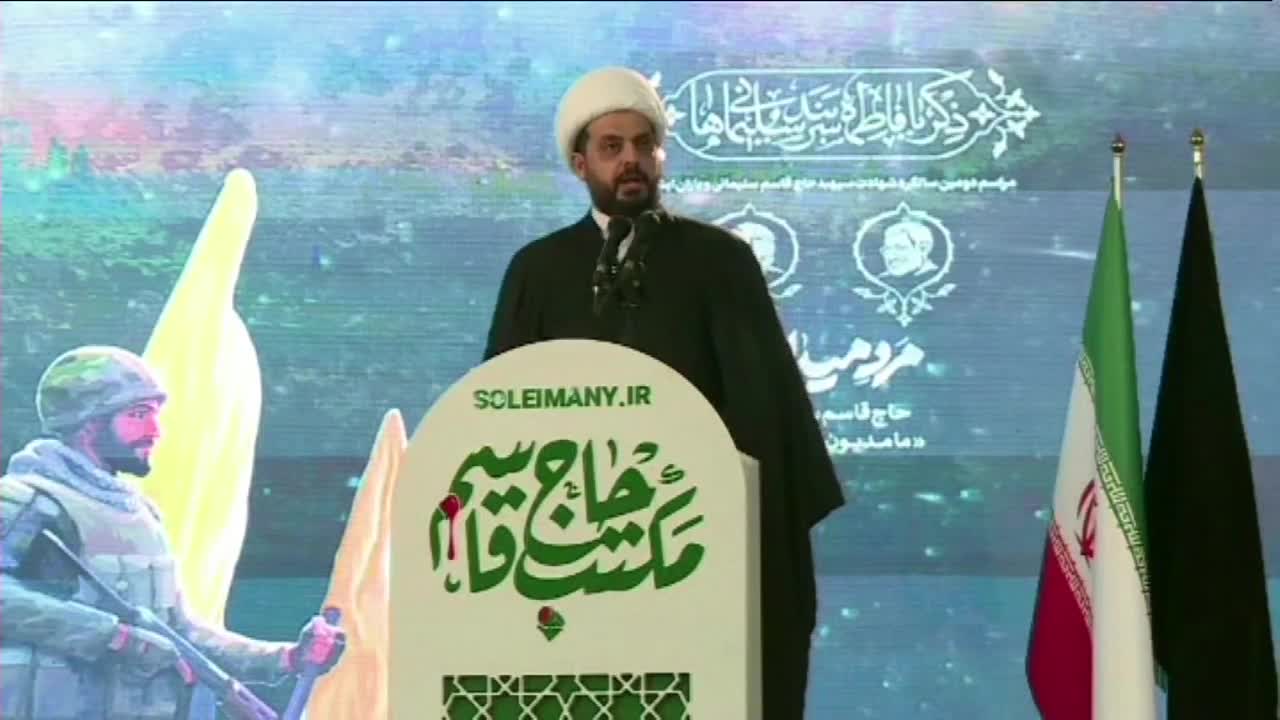 Iraqi Asaib Ahl al-Haq Secretary General said that expelling US forces from Iraq and regional countries is the revenge for the assassination of Gen. Qasem Soleimani and Abu Mahdi al-Muhandis, slamming “continued prevarication and fraud of the United States”.

Sheikh al-Khazaali said that the Americans keep up their fraud and deception to continue their military presence in Iraq.

“The aggression against martyr Qassem Soleimani is an attack against us, and avenging his blood is our duty,” the Secretary General added.

He continued “The forces that the Iraqis expelled in 2012 returned later on the pretext of Daesh presence. The Iraqi people are able to expel it this time as well.”

General Soleimani and Abu Mahdi al-Muhandis were targeted along with their companions on January 3, 2020, in a terrorist drone strike authorized by Trump near Baghdad International Airport.

Five days later, in a military operation codenamed Operation Martyr Soleimani, Iran’s Islamic Revolution Guards Corps (IRGC) launched a volley of ballistic missiles at the Ain al-Asad airbase in Iraq’s western province of Anbar and at another airbase in Erbil in the Kurdistan Region. Over 100 American troops were later diagnosed with “traumatic brain injuries” in Ain al-Asad.