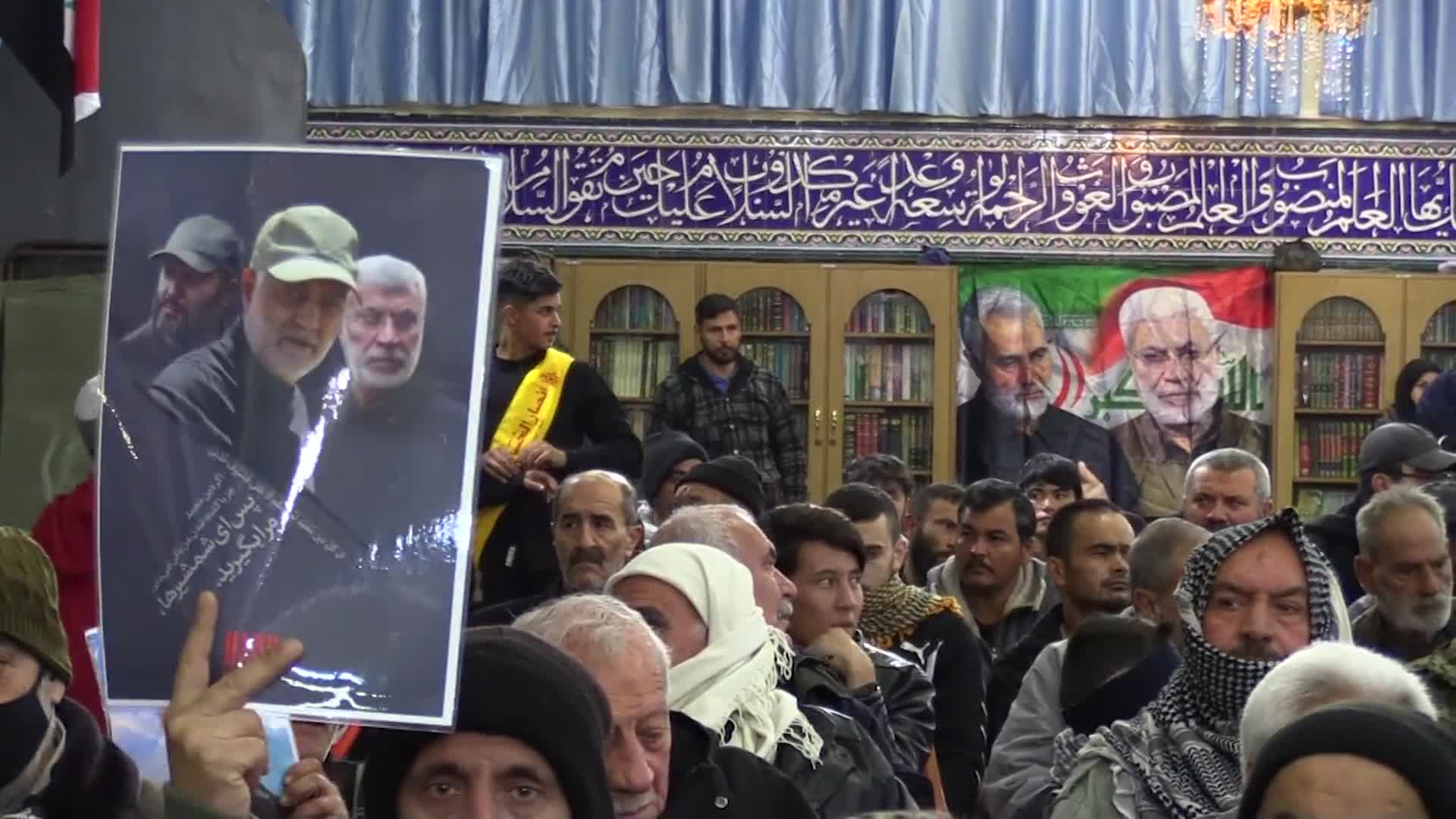 A memorial ceremony was held at the Shrine of Sayyida Zainab in the countryside of Damascus, marking the second martyrdom anniversary of Lieutenant General Qasem Soleimani, the commander of the Quds Force of Iran’s Islamic Revolution Guards Corps (IRGC), and Iraq’s Popular Mobilization Units (PMU) deputy head Abu Mahdi al-Muhandis.

The ceremony was attended by political, religious, intellectual and military figures, in addition to large crowd of citizens.

The attendees recalled the efforts of General Soleimani in expelling terrorists from a number of Syrian regions.

The speeches delivered on the occasion highlighted the role of Gen. Soleimani in establishing the resistance ideology and the doctrine of the resistance.