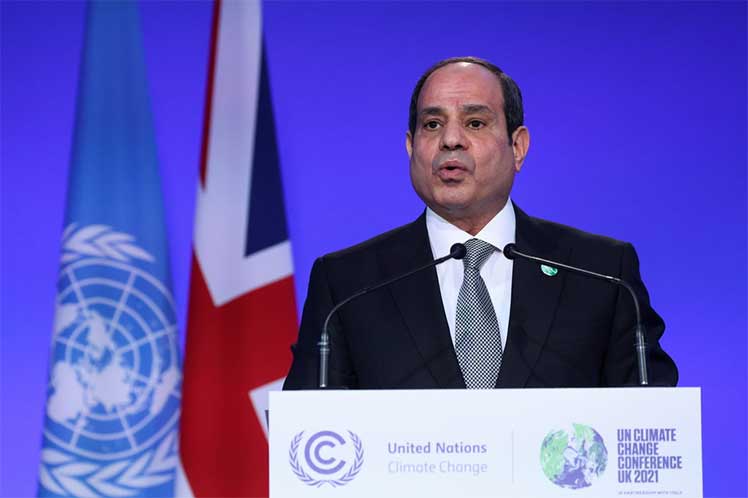 “We are concerned about the gap between the available funding and the amount of funding that the developing world needs to face the effects of climate change,” El-Sisi told the UN Climate Conference Summit (COP26) currently held in Glasgow, Scotland.

The Egyptian president said even though Africa is not responsible for the climate crisis, the continent will suffer its consequences the most.

“However, Africa is considered a role model for serious work against climate change despite the limited sources of funding,” he said.

El-Sisi said that it is necessary for countries around the world to reduce the average global temperature by 1.5 degrees.

“Renewable energy sources in Egypt represent 20 percent of the Egyptian energy mix, and we are working to increase these sources to 42 percent by the year 2035 in parallel with saving energy,” El-Sisi told the COP26 summit.

The Egyptian president also said that Egypt is implementing projects to rationalise water use such as lining canals and integrated coastal zone management, in addition to expanding public transportation projects like metro networks and electric vehicles.

El-Sisi also announced that Egypt has completed the development of the national strategy for human rights and is currently implementing a strategy for a clean environment until 2050.