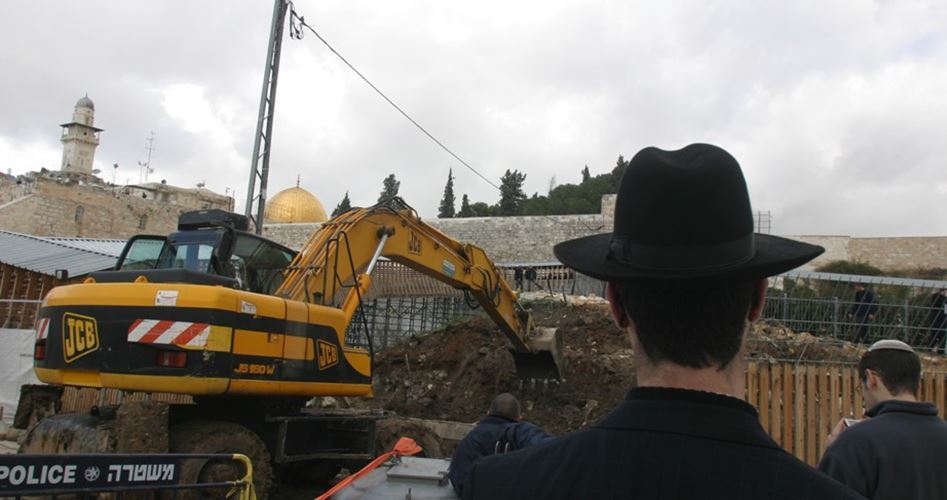 Palestine’s Hamas Movement on Monday warned of an Israeli plot that aims at demolishing part of the Al-Aqsa Mosque and changing its landmarks.

Israel is planning to expand the Bab al-Maghariba gate in an attempt to increase the number of Jewish settlers who storm the holy Islamic site, according to information released by the so-called temple mount groups.

Head of Hamas’s Jerusalem bureau Harun Nasser El-Din said in a press statement that the Bab al-Maghariba plan aims at changing the Islamic and historical landmarks of the Al-Aqsa Mosque and facilitating the entry of the Israeli security vehicles into the holy site in order to control it in a few minutes.

“The plan which coincides with the Israeli calls to organize massive raids into the holy site on the 9th of August 2022 warns of acute danger,” Nasser El-Din added, stressing that such a plot requires Palestinians to intensify their presence in the holy site and escalate their resistance activities in Jerusalem and all the Palestinian cities.

Jewish settlers protected by Israeli policemen storm the Al-Aqsa Mosque every day except Fridays and Saturdays, performing Talmudic rituals during provocative tours in the Al-Aqsa courtyards.