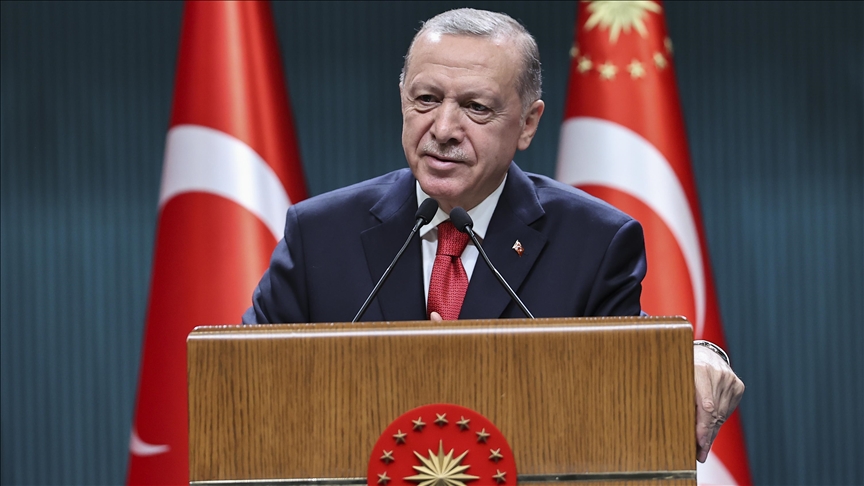 “Everyone accepts that the steps taken to overcome grain crisis, which the world is closely observing, is the product of our country’s efforts,” Erdogan said after the Cabinet meeting in the capital Ankara.

He added that “this work, initiated under the leadership of our country, is an important diplomatic success.”

Erdogan’s remarks came after the first grain-loaded ship departed from Ukraine’s port of Odesa for Lebanon earlier on Monday.

Loaded with corn, the Sierra Leone-flagged dry cargo ship Razoni will arrive in Istanbul on Tuesday, and it will continue on its way to the port of Tripoli following inspections in the Turkish metropolis. The ship is carrying a cargo of 26,527 tons of corn.

The president noted that “the grain knot was untied” in Istanbul.

Turkey, the UN, Russia and Ukraine signed a deal on July 22 to reopen three Ukrainian ports — Odesa, Chernomorsk, and Yuzhny for grain that has been stuck for months because of the ongoing Russia-Ukraine war, which is now in its sixth month.