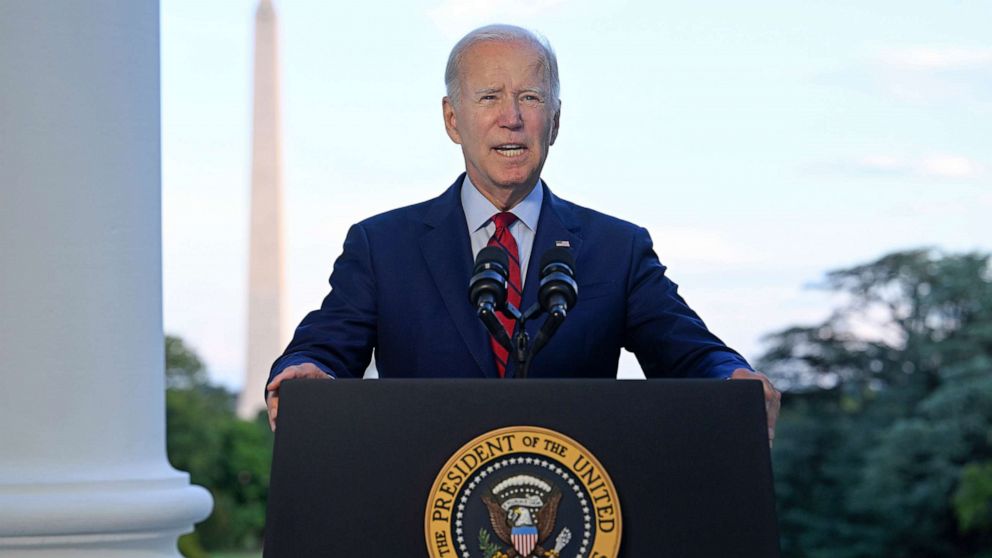 “I authorized a precision strike that would remove him from the battlefield, once and for all,” Biden said.

He hailed the operation as a significant win in the fight against terror groups overseas.

“Justice has been delivered, and this terrorist leader is no more. People around the world no longer need to fear the vicious and determined killer,” Biden said, speaking from the White House.

Zawahiri was sheltering in downtown Kabul to reunite with his family, Biden said, and was killed in what a senior administration official described as “a precise tailored airstrike” using two Hellfire missiles.

The drone strike was conducted at 9:48 p.m. ET on Saturday was authorized by Biden following weeks of meetings with his Cabinet and key advisers, the official said on Monday, adding that no American personnel were on the ground in Kabul at the time of the strike.

Senior Haqqani Taliban figures were aware of Zawahiri’s presence in the area, the official said, in “clear violation of the Doha agreement,” and even took steps to conceal his presence after Saturday’s successful strike, restricting access to the safe house and rapidly relocating members of his family, including his daughter and her children, who were intentionally not targeted during the strike and remained unharmed. The US did not alert Taliban officials ahead of Saturday’s strike.

In a series of tweets, Taliban spokesman Zabiullah Mujahid said, “An air strike was carried out on a residential house in Sherpur area of Kabul city on July 31.”