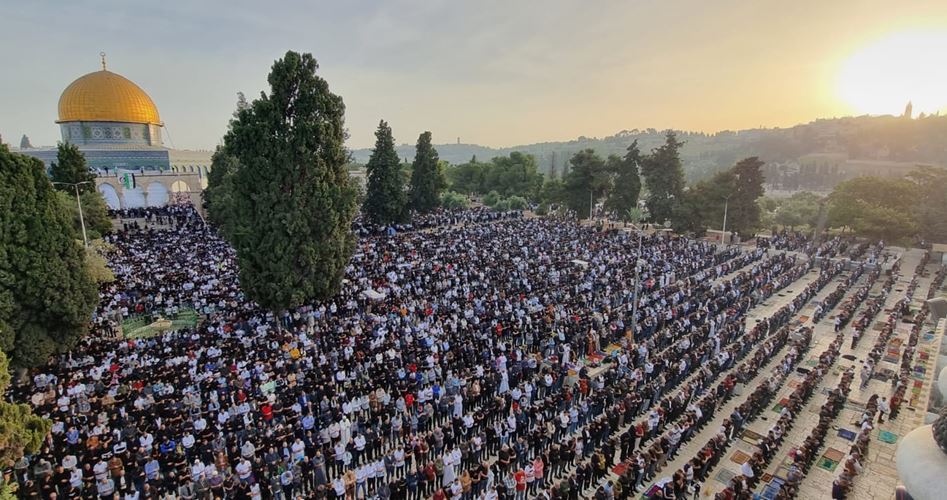 Over 200,000 Muslim worshipers observed the Eid-ul-Fitr prayer and a sermon at the Aqsa Mosque in Occupied Jerusalem on Monday morning.

Following the Eid prayer, thousands of young people rallied in the Mosque’s courtyards and chanted slogans for the Palestinian resistance, Gaza, Jerusalem and the Aqsa Mosque.

Amid an atmosphere of joy and celebration, a group of citizens embarked on distributing sweets and cookies in the Mosque’s courtyards and others were seen handing children some toys.

Outside the Mosque, the Old City streets and roads have been teeming since the morning with Palestinian citizens, who flocked to the holy city to celebrate the occasion.

Earlier at dawn, several buses carrying Palestinians from 1948 occupied Palestine arrived in the holy city to performed the Eid prayer and participate in the celebrations at the Aqsa Mosque.