Zelensky: Kiev handed over drafts on security guarantees to some states 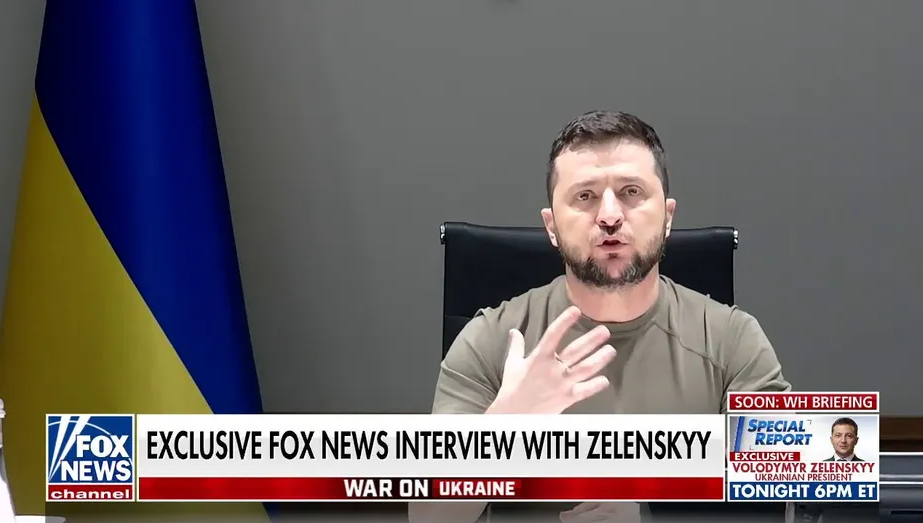 Ukrainian President Vladimir Zelensky said his country had exchanged draft documents on security guarantees with a number of countries.

“We do need guarantees of security from leading nations,” he said in an interview to Fox News, adding that this applies to both NATO members and non-NATO countries. “We want those countries that wanted join this openly in addition to the US, Great Britain, Germany, France, Turkey.”

“I only named those countries which have already said that they are prepared to be guarantors, or those who we contacted and already exchanged some early drafts of the documents about them being guarantors,” the Ukrainian leader continued.

In his words, among the countries that have offered to guarantee security to Ukraine are Israel and Ireland. “We would like to have China join it,” he said.

At the same time, the Ukrainian leader admitted that “Russia needs to find place in that agreement as well, because it will be an agreement between Ukraine and Russia.” In his opinion, Russia “needs to be bound” by the treaty, because it is a party to the conflict.

Alexander Chaly, a member of the Kiev delegation, said that Ukraine agreed to adopt a neutral and non-nuclear status if it were given security guarantees, which “in content and form should be similar to Article 5” of the North Atlantic Treaty. According to him, the guarantees should envisage military assistance and the establishment of a no-fly area after three days of consultations in order to pursue a diplomatic solution.

The guarantors, according to Kiev, could include permanent members of the UN Security Council (including Russia), as well as Germany, Israel, Italy, Canada, Poland and Turkey. Their guarantees wouldn’t cover Crimea and Donbass, according to the head of the parliamentary faction of Ukraine’s ruling Servant of the People party, David Arakhamiya, who is taking part in the talks.