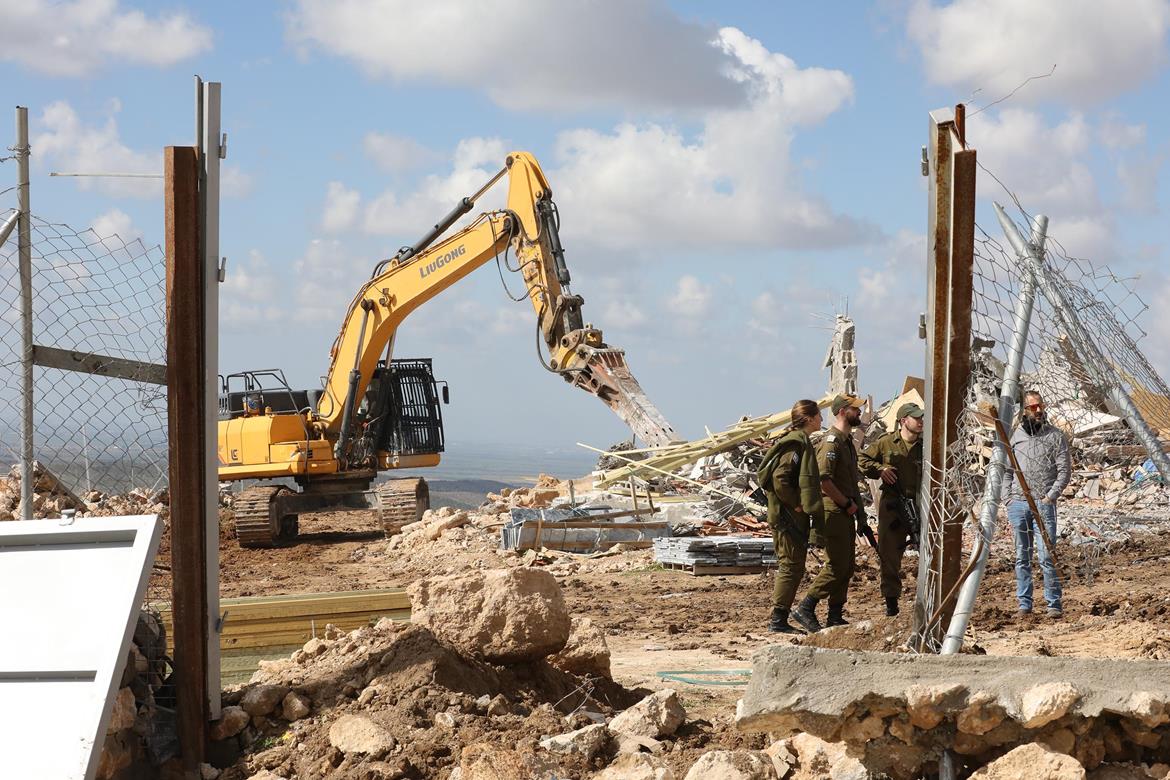 Israeli occupation authorities today demolished a commercial structure in the town of Anata, northeast of the occupied city of Jerusalem, local sources confirmed.

The sources said that Israeli forces escorted bulldozers into the town, where the heavy machineries tore down a shack, reducing it to rubble, purportedly for being built without a license.

The soldiers prevented the Haddad family, who owns the shack, from removing the content inside before the demolition, and proceeded to raze the plot of land it was constructed on.

The shack was located near Israel’s apartheid wall.

Israel demolishes Palestinian houses and structures almost on a daily basis as a means to achieve “demographic control” of the occupied territories.

Israel denies planning permits for Palestinians to build on their own land or to extend existing houses to accommodate natural growth, particularly in Jerusalem and Area C, which constitutes 60 percent of the occupied West Bank and falls under full Israeli military rule, forcing residents to build without obtaining rarely-granted permits to provide shelters for their families.

In contrast, Israel argues that building within existing colonial settlements is necessary to accommodate the “natural growth” of settlers. Therefore, it much more easily gives the over 700,000 Jewish Israeli settlers there building permits and provides them with roads, electricity, water and sewage systems that remain inaccessible to many neighboring Palestinians.