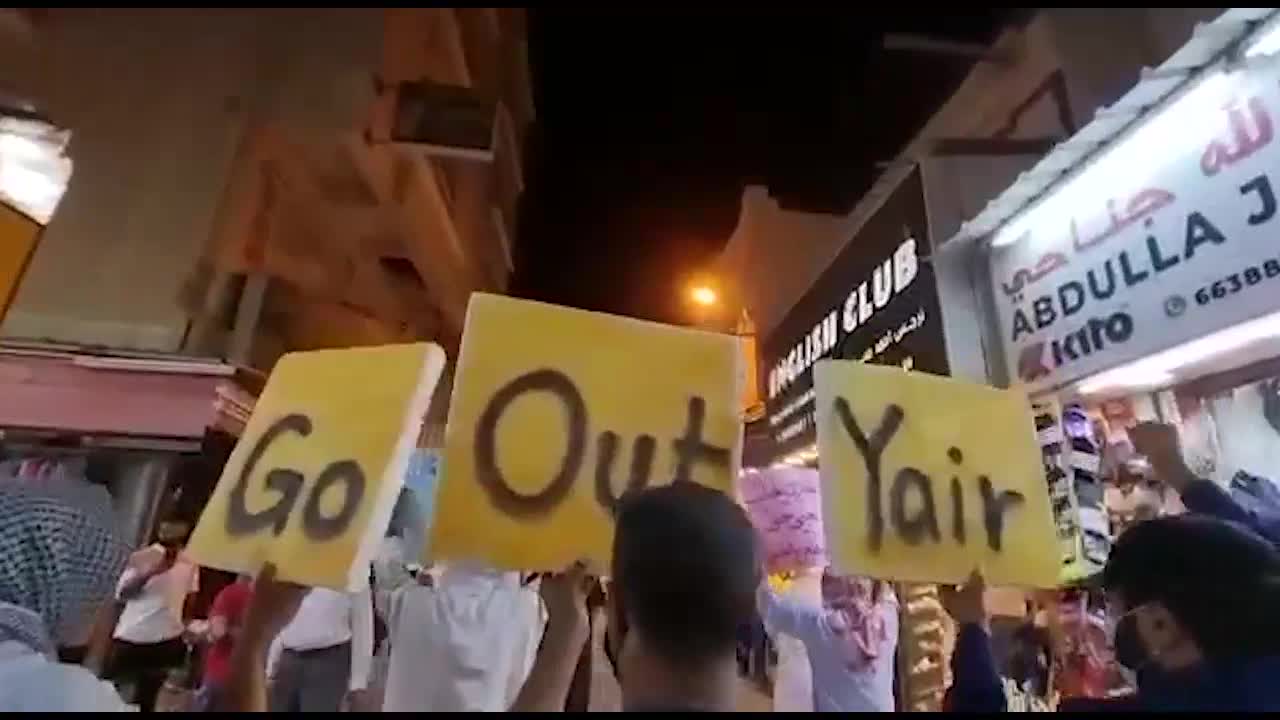 Hundreds of Bahrainis took to streets of Manama and burned the Israeli flag, denouncing the opening of Israeli embassy in the Bahraini capital.

Sheikh Isa Qassim condemned the incident saying “the despicable betrayal normalization with the Zionist enemy is one of the wars of Bahrain’s governmental policy against the people in parallel with intimidation, impoverishment, imprisonment, displacement, humiliation, marginalization, and denying rights.”

He added, “Bahrain insists on its identity in front of the policy of its government. Resistance will continue and the battle is a fateful battle of identity.”

The February 14 Revolution Youth Coalition also denounced the planned visit of Israeli Foreign Minister to Bahrain, holding the Bahraini regime responsible for the consequences of the visit.

The Coalition stressed the need for all forms of resistance against normalization until the concluded normalization agreements are canceled.

The statement also highlighted the necessity of upholding the slogan “Bahrainis against Normalization”, calling on all the people of Bahrain to show solidarity and unity by declaring their rejection of this visit that desecrates the land of Bahrain.

“We affirm our absolute rejection and the people of Bahrain’s objection to staining our land and nation. We stress that any Israeli presence in Bahrain is a provocation to the sentiments of Bahrainis and a desperate attempt to break their word and will, also infringing the right of the people to their fateful and principled issues,” Al-Wefaq said in a statement.

“The visit of the Israeli FM to Bahrain is an act firmly rejected, condemned and denounced by the people of Bahrain,” Al-Daihi said.

Israeli foreign minister arrived in Bahrain on Thursday in a landmark visit. The plane carrying Lapid landed at Manama Airport, where it is scheduled to take off on its first flight between the two countries the same day.

Bahrain and Israel has signed a US-brokered agreement last year, along with UAE, Sudan and Morocco, formally normalizing relations with Israel.