Syria Expresses Solidarity with Iran after Being Hit by Torrential Rains 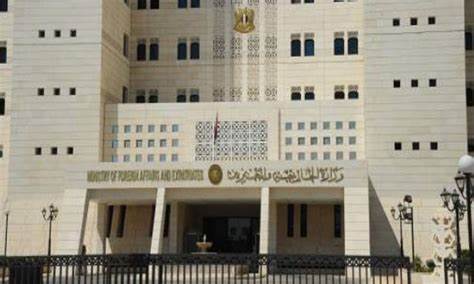 Syria affirmed its solidarity with Iran after many cities and villages were hit by torrential floods, expressing confidence that it will overcome this difficult ordeal.

Ministry of Foreign Affairs and Expatriates said in a statement “The Syrian government expresses its solidarity with the brothers in the Islamic Republic of Iran, after the unfortunate news of torrential rains and floods that hit many cities and villages, which claimed the lives of several people and caused losses in property.”

The Ministry extended its deepest condolences to Iran’s government and people along with the families of the victims, wishing a speedy recovery for the wounded and the return of the missing to their families.

“The Syrian government is fully confident that the Iranian government and people are capable of overcoming this painful ordeal.” The statement concluded.