Vice-President: Iran capable of creating nuclear weapons, no such goal on agenda 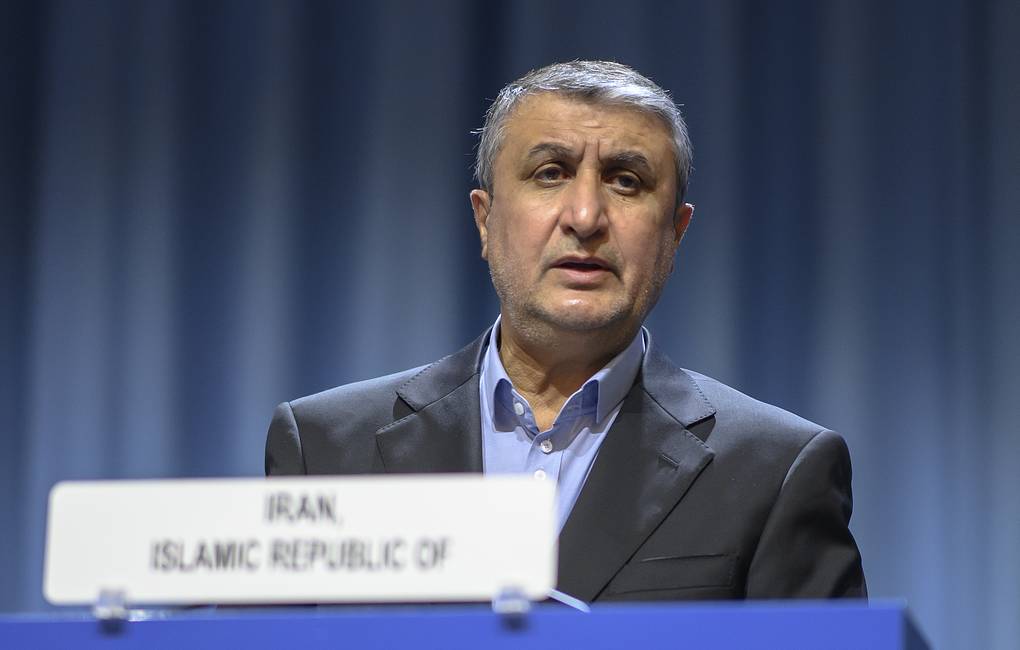 Tehran has technical means to develop nuclear weapons, however, there is no such goal on its agenda, Vice President and Head of the Atomic Energy Organization Mohammad Eslami said on Monday.

“Iran has technical opportunities to create a nuclear bomb, however, such a program is not on the table,” the Fars news agency quoted him as saying.
The official noted that the accusations of the aspiration to develop nuclear weapons are groundless.

“These false accusations are being promoted by Israel with the support of anti-revolutionary forces in order to fool the public opinion,” he asserted.

According to Eslami, “constructive cooperation has been established between Iran and the International Atomic Energy Agency (IAEA – TASS) which works without fail.”

“All our actions [on the development of the nuclear program] are being implemented within the framework of the Treaty on the Non-Proliferation of Nuclear Weapons under the IAEA’s control,” he noted.

On July 22, IAEA Director General Rafael Mariano Grossi said that Iran’s nuclear program had significantly advanced since 2015. According to him, not a single country without military projects enriches uranium up to 60% like Iran does.

However, he added that Tehran’s gradual rejection of its obligations under the nuclear deal does not necessarily mean that Iran is involved in the development of nuclear weapons.