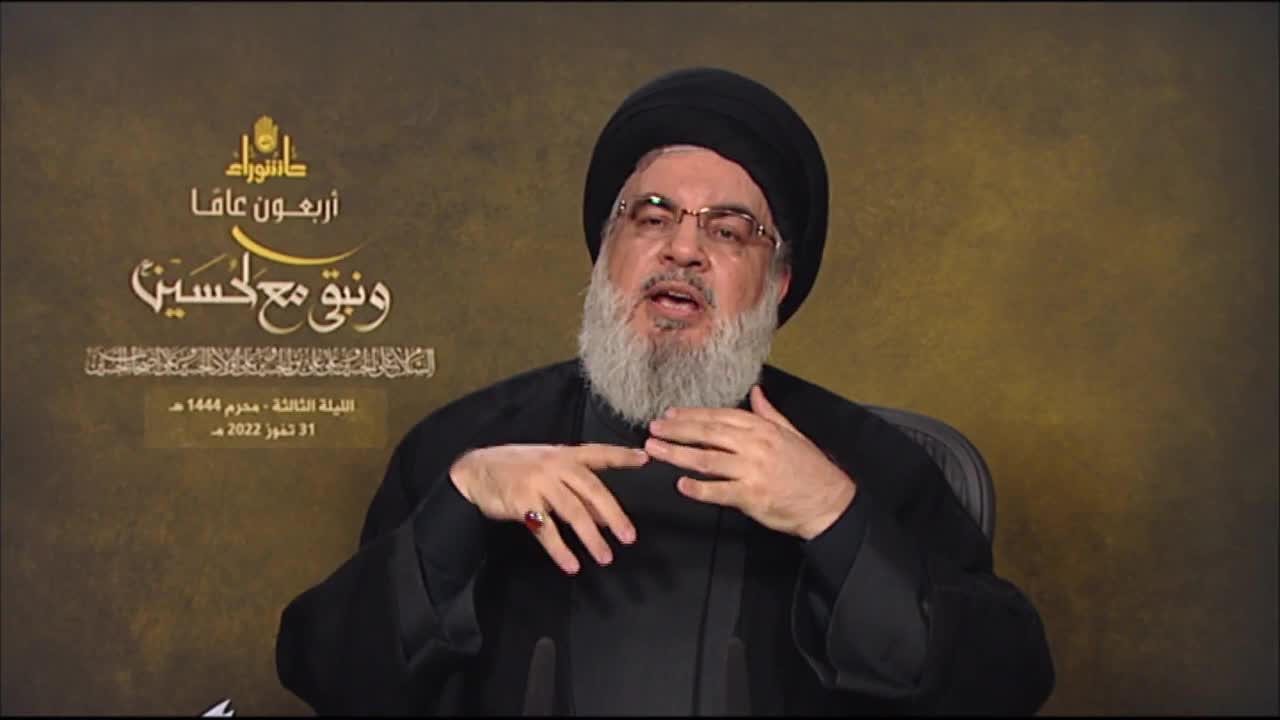 Hezbollah Secretary General Sayed Hasan Nasrallah said on Sunday that the Resistance will wait to see what message the US energy envoy Amos Hochstein holds to Lebanon regarding the maritime borders talks, stressing that Hezbollah stands behind the Lebanese State in the issue of negotiations.

During a speech on the third night of Muharram, Sayed Nasrallah described the oil and gas off Lebanon’s shores as a ‘golden chance’ to cope with the current economic crisis facing the country.

“There is a golden chance to save our people from queuing to get bread and oil. Let’s take this risk… this calculated risk,” he said addressing mourners in Beirut’s southern suburb via video link.

Sayed Nasrallah, meanwhile, slammed those who are relating between maritime talks with Iran’s nuclear affair.

“Since they are puppets who serve the interests of the US and Saudi Arabia, they think that Hezbollah is so.”

In this context, his eminence stressed that Hezbollah “wants to help the Lebanese people and to provide the Lebanese states with points of strength during the negotiations on the maritime borders” with the Zionist entity.

“In the morning, the US envoy will be meeting the Lebanese officials. Let’s see what message he will deliver. We will act according to this message.”

Earlier on Sunday morning, Hezbollah’s Military Media Department released a video including coordinates of the Israeli platforms operating in the Mediterranean, in a clear warning that they are within the reach of the Lebanese Resistance’s missiles.

Sunday’s video echoes threats by Sayyed Nasrallah to the Zionist entity against attempts to plunder Lebanon’s gas and oil fields.