Erdogan: Memorandum with Finland, Sweden a ‘diplomatic victory’ for Turkey 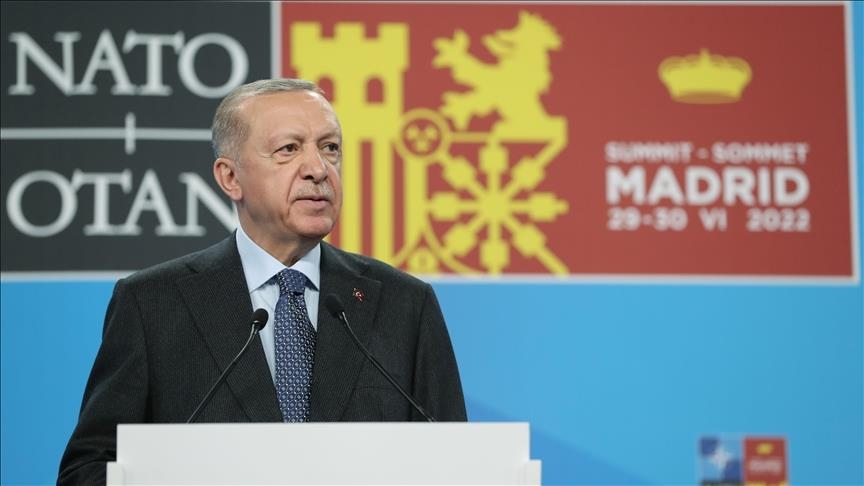 The memorandum with Finland and Sweden is a “diplomatic victory” for Turkey, President Recep Tayyip Erdogan said on Thursday.

At a press conference in Madrid, Erdogan said Ankara will be closely monitoring the implementation of the points agreed in the memorandum “and take steps accordingly”.

Turkey sees the agreement as an “understanding of its sensitivities” he said, terming it the “beginning” of a process.

Signed on Tuesday after talks between leaders of the three countries and NATO, the agreement opened the path for the alliance to officially invite Finland and Sweden to join its ranks.

The two countries have pledged to address Turkey’s terrorism concerns and lift an arms embargo on Ankara.

It also states that Finland and Sweden will work closely with Turkey on issues related to exchange of information, extradition and, in general, the fight against terrorism.

“Sweden has promised to extradite 73 terrorists to Turkey,” said Erdogan.

On NATO’s anti-terror efforts, he said it is important for the alliance to show its determination to fight terrorism in all its forms, but it “should not just remain on paper”.

Regarding the Ukraine war, the Turkish president said NATO “fully support” Kyiv but must also show a “vision of peace and strive to stop the humanitarian tragedy as soon as possible”.

To a question about US President Joe Biden’s remarks on the potential sale of F-16s to Ankara, Erdogan said a Turkish delegation will head to the US “without delay” to rally support from Republicans in Congress for the sale.