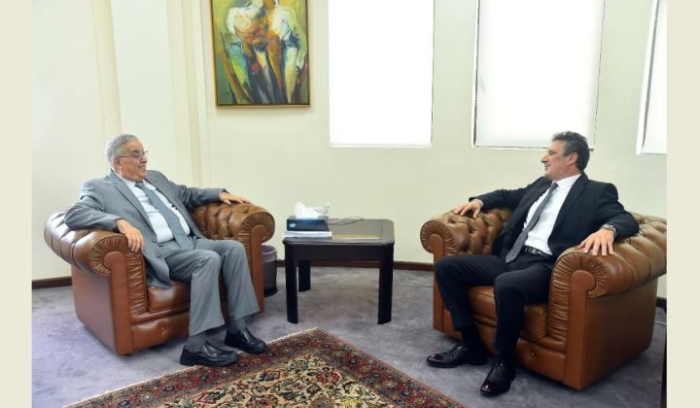 Caretaker Foreign Minister Abdallah Bou Habib on Wednesday met with Cypriot Ambassador to Lebanon, Panayiotis Kyriacou, whom he asked for clarifications about Israeli news report indicating that Israel and Cyprus have kicked off a joint military drill “that will simulate a war deep inside Lebanon”.

The Cypriot ambassador denied the reports, and indicated that the Cypriot Ministry of Defense will issue a clarification tomorrow.

Israeli media outlets had reported that hundreds of Israeli soldiers and reservists from units across various military corps would be heading to Cyprus this week for a joint drill simulating war against Hezbollah deep inside Lebanon territory.